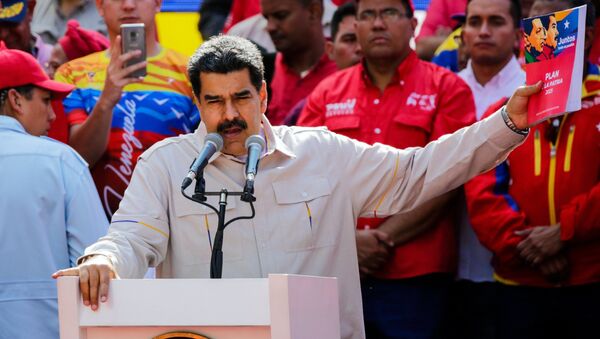 Demond Cureton
All materialsWrite to the author
Mr Requesens, 30, is a Venezuelan National Assembly deputy and faces 30 years if courts find him guilty of attempting to assassinate Venezuelan president Nicholas Maduro at a military parade in central Caracas on 4 August of last year.

Venezuelan opposition lawmaker Juan Requesens will face trial following a court decision to accept charges against him on Monday, according to his lawyers.

Two drones were detonated as President Maduro delivered a speech at the parade in 2018, causing an outbreak of panic and the Venezuelan president issuing a crackdown in search of the suspects.

The politician faces two counts of attempted murder and five counts on terrorism, possession of a firearm, treason, conspiracy to commit a crime and public incitement, according to Mr Joel Garcia.

"The accusation against Juan Requesens was accepted in its entirety ... and consequently we are going to go to oral and public trial,” Mr Garcia told AFP following a hearing.

Although Requesens will plead not guilty, he will remain in custody as the hearing proceeds, according to Mr Garcia, adding that there had been irregularities and procedural delays.

The Maduro administration said that Juan Monasterios, a retired military veteran, had confessed to his involvement in the plot and submitted videos of Mr Requesens allegedly admitting to aiding the soldier enter Venezuela from Colombia.

Venezuelan authorities believe that Mr Requesens and Monasterios were under orders from exiled deputy of Venezuelan National Assembly, Julio Borges, who was speaker of the bloc dominated by the opposition.

Opposition protests against President Maduro erupted across Venezuela on 21 January after he was elected president for another term, but were later met by pro-government protests. Opposition leader and National Assembly head, Juan Guaido, was backed by the US and other Western nations after himself to be the interim leader of Venezuela, but Russia, China and others backed Maduro as the legitimate leader of the country.

Subsequent assassination attempts against President Maduro broke out in June after opposition forces aligned with the US, Chile and Colombia had allegedly tried to depose and kill the Venezuelan leader and install imprisoned retired Gen. Raul Paduel as president, aimed at taking place from 23 to 24 June.