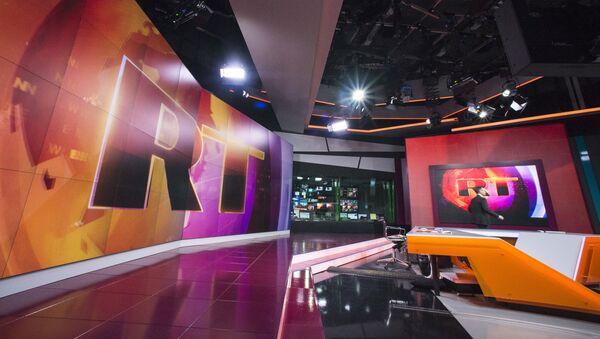 MOSCOW (Sputnik) - RT and Sputnik Chief Editor Margarita Simonyan said Monday that the news outlets have never made a secret of being financed by Moscow after a German spy agency claimed the two media organizations attempted to keep their affiliation under the radar.

"We have always worked openly as state-funded Russian media and never hid this from anyone", Simonyan said in a show on Rossiya 24 television channel.

Simonyan mocked the intelligence agency for putting the media on the same list as right-wing extremists and Daesh, a terror group banned in many countries, including Russia.

"The German counterintelligence agency has unveiled a list of potential national security threats, featuring RT and Sputnik — putting it on par with IS [Daesh], neo-Nazis and other scum", she later wrote on the Telegram messaging app.

Russian media in Germany has been a frequent target of editorial attacks.

Russian Foreign Ministry spokeswoman Maria Zakharova noted that German media recently intensified attempts to discredit Russian media outlets, including RT Deutsch and Sputnik Deutschland, and pledged to hand over this information to the Organization for Security and Co-operation in Europe.

*Daesh (IS, ISIS, ISIL, Islamic State) is a terrorist group banned in Russia and other countries.