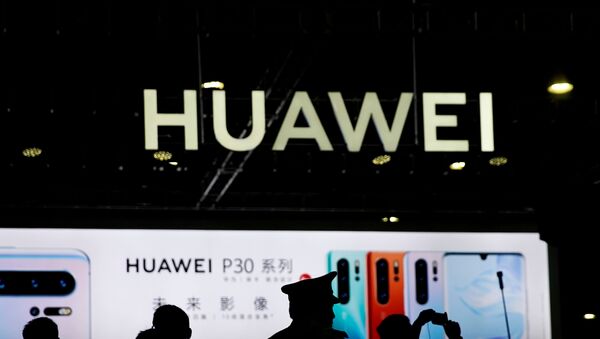 US President Donald Trump’s decision to allow American companies to sell software and hardware components to Chinese technology company Huawei following the G20 summit in Japan implies that Huawei may never have been a threat to US national security in the first place, Jude Woodward, author of “The US vs China: Asia's New Cold War?,” told Sputnik.

After meeting with Chinese President Xi Jinping at the G20 summit in Osaka over the weekend, Trump reversed his administration’s ban on Huawei.

"I like our [Chinese and American] companies selling things to others ... very complex things. These are not things easy to make ... our companies were very upset, but we are allowing them," Trump said during a press briefing on Saturday. "So if it is not a national security issue, we are allowing them to sell … We are leaving Huawei towards the end. We are going to see what we go with the trade agreement."

Although the US president refused to outwardly state whether Huawei would be removed from the US Commerce Department’s blacklist, he promised to “look at it very carefully.”

“It looks like a bit of a step forward in the sense that I think that Trump is beginning to feel some domestic pressure as a result of the tariffs [due to] the situation in the economy and some of the polling ahead of the US elections next year,” Woodward told hosts John Kiriakou and Nicole Roussell.

“Certainly, the biggest concrete concession that came out of [the G20 summit] was the decision not to tell US companies they couldn’t sell their parts and components to Huawei, but that’s caused some stir [by people in the] US Congress. Trump used the legality that Huawei was a threat to national security to make the ban in the first place, so if he lifts it, was he wrong? Was Huawei never a threat to national security?” Woodward asked.

Trump’s announcement about Huawei was greeted by several lawmakers with disappointment. Senator Marco Rubio (R-FL) tweeted Saturday that if Trump “has in fact bargained away the recent restrictions on Huawei,” then those restrictions will have to be “put back in place through legislation.” Senate Minority Leader Chuck Schumer (D-NY) also described Huawei over the weekend as “one of the few potent” levers the US has over China, stating that Trump’s decision could “dramatically undercut” the US’ ability to “change China’s unfair trade practices.”

“It seems as though this underlines the fact that Trump is operating as an individual. The legality of national security is just a ruse. We’ve known that’s the case; it [has] become completely exposed that that’s the case, because he just changed his mind, Woodward said of Trump. “There is the issue of does Huawei remain blacklisted? When he was asked about this, in a hostile way, by members of Congress … my understanding is that has implied that yes, it is.”

Trump said in a series of Twitter posts over the weekend that he had a "great meeting" with Xi. He also announced that he had agreed not to increase the already existing US tariffs against China, noting that the negotiations would continue.

“The thing that I think China was most concerned about was Huawei. If that can be put straight and no new tariffs are implemented, then I think one’s in a position where there may not be rapid movement on rolling back on the things that have already been put in place, but the situation becomes much calmer,” Woodward told Sputnik.

On Monday, the Shenzhen-based tech giant announced that is waiting to hear from the US Department of Commerce on whether it can resume using Google's Android mobile operating system on upcoming smartphones, Sputnik reported.

"We acknowledge President Trump’s comments related to Huawei over the weekend and will wait for guidance from the Department of Commerce but have nothing further to add at this time,” said Tim Danks, Huawei’s vice president of risk management and partner relations.