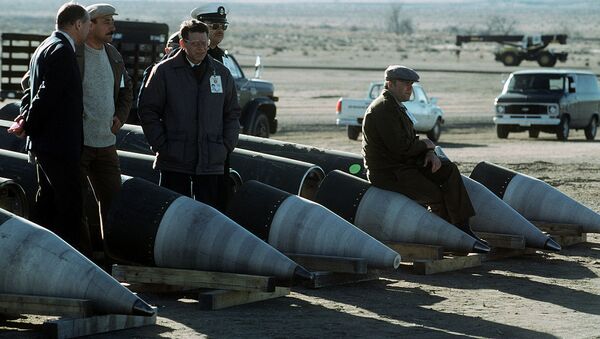 "We need to maintain them and expand them", Stein said. "It's extremely dangerous that we have been in the business of undoing these nuclear weapons treaties".

Asked about possible alternatives to the existing INF Treaty, Stein emphasised that "we need to keep the treaty that we have and then let’s expand on it from there".

Stein explained that short-range missiles make the potential for an accident or trigger alert much greater.

"Nerves are on edge and people are at risk because there is no time with the short-range missiles, and it’s extremely inflammatory and dangerous", Stein said. "So, to bring the intermediate-range missiles back into Europe and Russia is a disaster waiting to happen, and I have to say, the big picture here is we need to get rid of nuclear weapons entirely".

Stein recalled that the United States also withdraw from the Anti-Ballistic Missile Treaty during President George Bush’s term in office and she characterized the outcome of that move as going "all downhill from there".

"This is extremely dangerous to bring short-range missiles back into the picture. It is maintained by many experts that anti-missile missiles are also capable of carrying nuclear weapons so we need to be getting rid of them all. We don’t need another nuclear arms race. There's plenty of blame to go around here. I am not proud of the role that the United States has had in contributing to the dismantling of these treaties", Stein said.

The statements come after Russian President Vladimir Putin warned on 27 June that the world likely faces another nuclear arms race in light of the United States withdrawal from the INF Treaty.

In May, US President Donald Trump said he will soon enter into bilateral talks with Russia to reach a new nuclear arms control deal that could see both countries reduce their arsenals and the talks could eventually be expanded to include China. 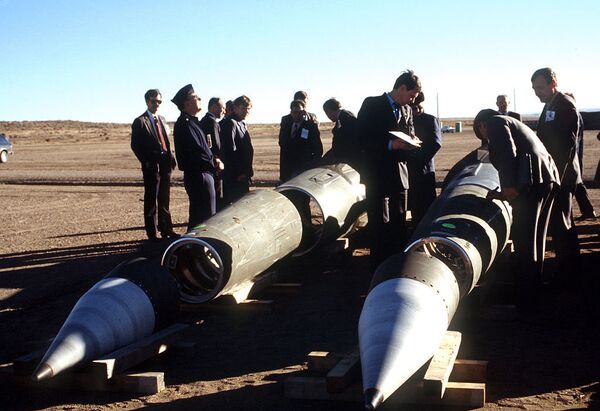 The tensions between the two countries have escalated in February when the United States formally suspended its obligations under the INF Treaty and triggered the six-month withdrawal process with 2 August as a deadline. Washington has said its actions were a response to Russia's alleged breaches of the INF Treaty and would withdraw from the accord unless Russia returned to compliance by 2 August.

Russia has denied the accusations, saying that it was the United States that has been in breach of the INF Treaty. Putin signed on 4 March a decree suspending Russia's participation in the INF Treaty in response to the US move to suspend obligations under the accord.

The other accord in question, the New START, went into force in 2011 and covers a ten-year period with the possibility of a five-year extension. The agreement limits the number of deployed intercontinental ballistic missiles, submarine-launched ballistic missiles, nuclear-armed bombers and nuclear warheads.