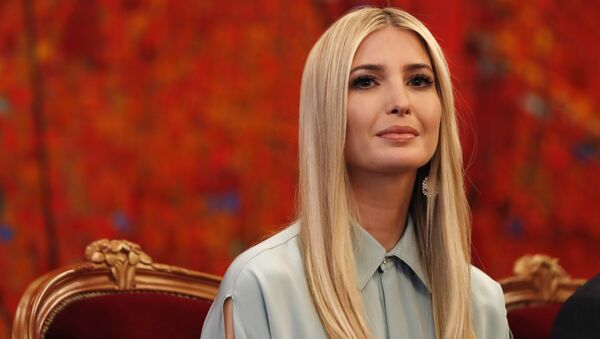 Freshman US Congresswoman Alexandria Ocasio-Cortez took aim at the White House advisor over a viral video of POTUS's daughter mingling among the world leaders at the G20 summit in Osaka, Japan. The 29-year-old Democrat suggested she was out of place rubbing shoulders with people in power there.

Although the former White House press secretary, Sarah Huckabee Sanders, left her post a couple of days ago, she does not seem ready to part with her habits. Guarding the interests of the US President and his Administration, Sanders weighed in on the uproar over Ivanka Trump’s participating in the G20 summit. She lambasted one of the most vocal critics, Alexandra Ocasio-Cortez, who blasted the US president for taking his daughter to the grand gathering and called Ivanka Trump’s qualifications into question.

The former White House representative accused Ocasio-Cortez of destroying jobs in New York, in a not to her pushback on the e-commerce and entertainment giant Amazon’s plans to build part of its headquarters there over claims that the company’s public input was insufficient and the deal was too secretive.

“Donald Trump and Ivanka Trump actually created millions of new jobs and continue to make the US stronger on the global stage but thank you for reminding Americans every day why they elected Trump,” Sanders noted.

​Although Ivanka Trump and her father’s decision to take her to the G20 summit in Japan made headlines late last week, critics tore into them in particular due to a now-viral video, which was originally released by the French Presidential palace and featured her attempting to mingle at the G20 meeting and join a conversation between the UK’s outgoing premier Theresa May, French President Emmanuel Macron, Canadian Prime Minister Justin Trudeau, and IMF head Christine Lagarde.

The four can be seen actively taking part in a lively discussion during a break and seem to snub her while Ivanka is trying to offer her opinions. Lagarde was caught flashing a chilly glance that caused ridicule from the public.

The congresswoman commented on the footage on Twitter, saying “It hurts our diplomatic standing when the President phones it in and the world moves on.”

“The US needs our President working the G20. Bringing a qualified diplomat couldn’t hurt either,” the New York congresswoman tweeted.

Her rant left the netizens split, prompting debates on her own background. British TV star Piers Morgan was among those who challenged AOC on Twitter over her being fit for the job, noting that she jumped to the US congresswoman’s chair from behind the bar.

“Could be worse... Ivanka could have been a bartender 18 months ago,” he noted sarcastically.

This resulted in an exchange of jabs between the politician and the TV host, who is known for his affection for the Trumps.