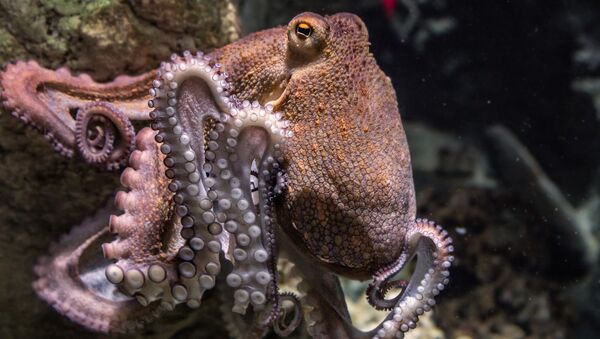 The arms of the octopus and their sensitive suckers have long been known to be a super-elaborate part of the sea animal’s body, but now enough evidence has been pieced together to lead scientists to believe that their intricate nervous system could provide clues about how alien life could exist.

The key to solving the extra-terrestrial riddle may be as simple (or, vice versa, as complicated) as understanding the way a common Earth creature normally functions. Humans know pretty little about the octopus, besides the fact that its vision is strikingly like that of humans.

The 2019 Astrobiology Science Conference has seen new research presented on the way an octopus perceives information through its ganglia and further processes it using its tentacles, which are believed to be capable of making movement decisions independently from the central brain.

According to Dominic Sivitilli, a graduate student in behavioural neuroscience and astrobiology at the University of Washington, who among other researchers authored the statement for the conference, the octopus’ arms have something that is referred to as a neural ring “that bypasses the brain”, “and so the arms can send information to each other without the brain being aware of it”.

“So while the brain isn’t quite sure where the arms are in space, the arms know where each other are and this allows the arms to coordinate during actions like crawling locomotion,” he concluded.

For instance, out of the total of 500 million neurons found in the body of an octopus, more than half, about 350 million, are in its eight arms and most particularly in their suckers – a physiological peculiarity that renders them capable of grasping sensory information at lightning speed, akin to running several computers at once, the researchers argue.

The octopus has been around, crawling on the seabed, for 500 million years. However, they operate similarly to vertebrates in everyday life, and the animal’s central nervous system could be the much-coveted key to understanding life in the universe, outside Earth.

“One of the big picture questions we have is just how a distributed nervous system would work, especially when it’s trying to do something complicated, like move through fluid and find food on a complex ocean floor," David Gire, a neuroscientist at the University of Washington, noted in the statement, adding that a question arises how the nervous system nodes are interconnected.

Cephalopods and the octopus in particular are universally believed to be surprisingly intelligent, especially following multiple observations about how they tend to collect dumped coconut shells, clean them with pure water and use them to build new homes.

In a separate case, from 2008 until October 2010, the media was replete with stories of Paul the Octopus, who was used to predict the outcomes of association football matches; his accurate suppositions in the 2010 World Cup brought him global recognition.  Now, however, the clues to their smartness as an alternative form of cognition could provide insight into lifeforms on planets other than Earth, the study abstract says.

"Understanding the computational basis for alternative forms of cognition beyond the vertebrate model provides a framework for the diversity of forms cognition can assume beyond Earth."