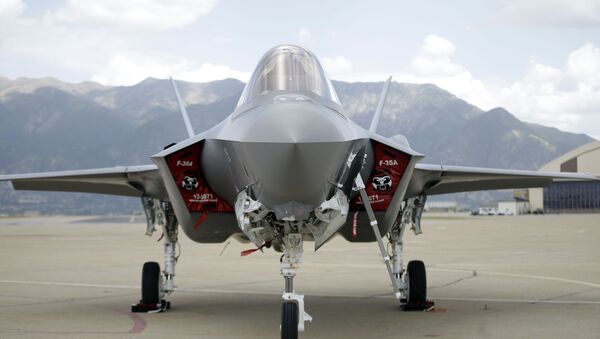 Some Norwegian politicians believe the uncertainty surrounding the price of the US F-35 fighter jets, the new backbone of the country's air force, is “absurd”.

To settle an ongoing dispute surrounding the cost of F-35s once and for all, the Norwegian parliament's control and constitutional committee has asked Defence Minister Frank Bakke-Jensen to name the price for the fighter jets based on the the current dollar exchange rate.

“The whole process is time-consuming (about 5 months), and involves both Norwegian and American actors. The resources for carrying out the annual uncertainty analyses are estimated at about 10,000 working hours” Bakke Jensen wrote back, as quoted by the daily newspaper Dagbladet.

According to him, this task requires a core of about ten people working throughout the year, while the most labour-intensive analysis takes about 30 people. He promised to supply the parliament with “an updated estimate”, but not before next year's budget is ready.

When confronted by the newspaper about the excessive costs, Bakke-Jensen said that uncertainty analyses require a lot of time and effort, and requires cooperation from the Ministry of Defence, the Air Force, the Defence Research Institute, the Defence Logistics Organisation, and the Defence Material Agency.

“I think it is highly prudent to do a thorough job of following the costs, risks and budgetary needs. This is a programme with a cost framework of just over NOK 85 billion [$10 billion] and with annual payments of more than NOK 7 billion [$820 million]”, Bakke-Jensen said.

Bakke-Jensen's reply stirred a strong reaction from the Socialist Left Party, which has been one of the most vocal critics of the F-35 deal that prioritised aircraft acquisition above other defence plans.

“It is absolutely absurd that the government must spend 10,000 working hours every year just to calculate what the aircraft flight actually costs”, Torgeir Knag Fylkesnes of the Control and Constitutional Committee said. “It illustrates how little control they have over the costs”, he added.

The Reds, who have slammed the F-35 from the get-go as well, argued that the aircraft purchase should be reviewed by the Auditor General.

“The warning lights have been blinking for this scandalous purchase ever since the centre-left government, with conservatives' support, went in for the ridiculously overpriced F-35, which is far better suited for a US-led attack war than the defence of Norway”, Reds leader Bjørnar Moxnes said.

The debate around the cost of the fighter jet blossomed anew after the newspaper Bergens Tidende did some critical research, highlighting a price gap of NOK 16 billion ($1.9 billion). Socialist Left leader Audun Lysbakken has demanded a parliamentary hearing with Defence Minister to get some answers. Parts of Bergens Tidende's calculations have been disputed by the Defence Ministry.

As part of a sweeping defence overhaul, Norway's Air Force is set to become one of Europe's foremost users of the F-35 with a total of 52 aircraft. So far, Norway has received nine F-35 fighter aircraft, with an average price tag of NOK 1.375 billion (roughly $160 million) apiece.