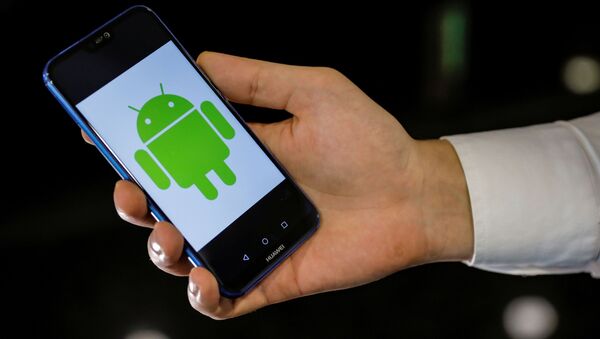 The Chinese-based tech giant said on Monday that it is awaiting guidance from the US Department of Commerce on whether it can resume using Google's Android mobile operating system on upcoming smartphones, according to Reuters.

"We acknowledge President Trump’s comments related to Huawei over the weekend and will wait for guidance from the Department of Commerce but have nothing further to add at this time", Huawei's vice president of risk management and partner relations, Tim Danks, said in response to a reporter's question about its access to the Alphabet Inc. Android operating system, according to Reuters.

On Saturday, US President Donald Trump said he would allow US companies to sell their equipment to Chinese tech giant Huawei if the sale did not threaten US national security, adding that the United States and China were discussing the possibility of abandoning the US Department of Commerce ban on the company.

The Trump administration in May banned Huawei from importing US hardware amid a long-ongoing trade dispute between the two countries. As a result, Google suspended business operations with Huawei, including the transfer of hardware, software and technical services, except those publicly available via open-source licensing.

The company has been accused by several nations of being sponsored by the Chinese state and spying on its behalf through the use of its products. In 2018, the US, along with Australia, Japan, and New Zealand, banned Huawei from participating in government contracts due to security concerns. Huawei has adamantly denied the accusations.

Meanwhile, US-based media reported in June that a number of US tech firms, including Intel and Micron, had bypassed the ban to continue selling to the Chinese telecom company, using the gambit of simply avoiding labeling their products 'US-made'.

In June, Huawei pledged to offer Android Q updates for users of most of its popular devices, according to the company's UK division, adding that all Huawei smartphones and tablets would continue to receive security patches and Android updates.