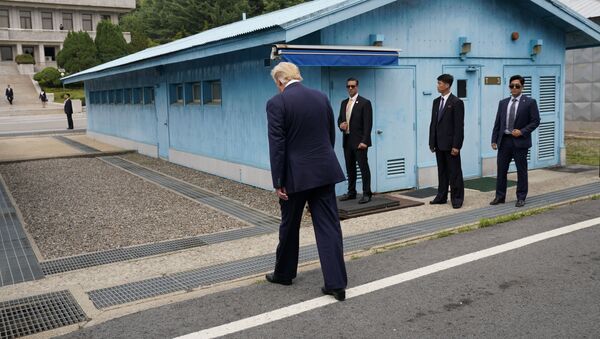 Donald Trump has become the first US president ever to step into North Korea in a move praised by Kim Jong-un as brave. The leaders' meeting lasted for 50 minutes.

Standing side by side with Kim at the DMZ earlier in the day, Trump called his visit to North Korea a "great honour" and a great moment for the whole world.

They were later joined by South Korean President Moon Jae-in, in the first-ever trilateral meeting of US, North, and South Korean leaders.