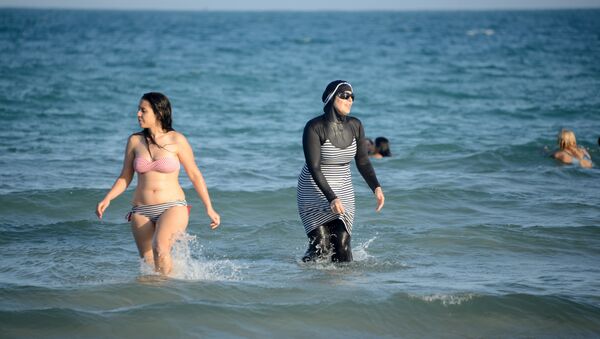 © AFP 2021 / FETHI BELAID
Subscribe
In 2016, several French municipalities banned the wearing of burkinis, claiming it was a security threat, only to have the bans later overturned by a court.

Authorities in the French city of Grenoble have shut down the city’s two municipal swimming pools amidst a blistering heatwave gripping western Europe after two Muslim women were seen swimming there wearing burkinis, reports AFP.

The burkini-clad women went to the pools twice at the initiative of the Alliance Citoyenne, a civil rights NGO, to challenge a city ban on the full-body swimwear, which they claim is discriminatory.

The women said they wanted the public pools, which currently require men to wear swim briefs and women to wear bikinis or one-piece swimsuits, to change their regulations to accommodate those who opt to wear a burkini.

A Town Hall statement says lifeguards at the pools requested the shutdown because “they are there to maintain safety and they can’t do that when they have to worry about the crowds”.

It added: “We are working towards a positive solution.”

Right-wing politicians expressed their opposition to the burkini on Monday, the day after the event in Grenoble, as a local MP, Eric Ciotti, said on Twitter the burkini “has no place in France where women are equal to men”.

It’s always “Look at me- I’m a Muslim!” as they attempt to ram it down our throats, conveniently forgetting their OWN COUNTRIES do NOT have this level of freedom of speech and personal freedoms!
But they want to exercise the right in the West!#ContinueTheBan

not allowing women to dress the way they want is oppression, NOT wearing a burkini.... https://t.co/oIX3tdGitQ

So they want to liberate women by telling them what to wear in the swimming pool... is this 2019? 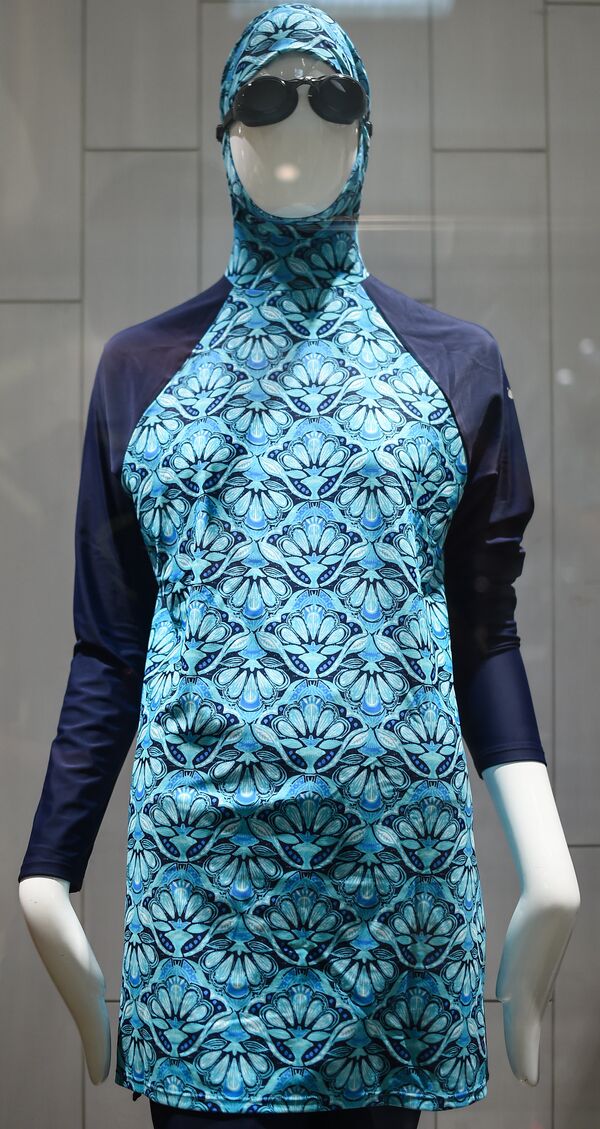 In 2016, a number of French municipalities banned the wearing of burkinis, which sparked international controversy, with some towns banning the garment, claiming it was a security threat, only to have the bans later overturned by a court.

A country with western Europe’s largest Muslim population, France was the first European country to ban wearing the full veil – niqab - in public spaces in 2011.
The European court of human rights upheld the ban on wearing the full-face veil in 2014, rejecting arguments that the ban breached religious freedom.

A burkini is a type of modesty swimsuit for women that covers the whole body except the face, the hands and the feet, while being light enough for swimming.
The design is intended to respect Islamic traditions of modest dress, but its acceptability is debated.

000000
Popular comments
Of they miss their home countries they should be flown back to where they came from.
cmat.wolfgang
28 June 2019, 12:02 GMT3
000000
Clothes carries all sort of microbes.Wearing clothes in the sea is allright but in a pool it is unhealthy and a danger to the other. Women who want to wear a burkini in the pool should pass through a desinfecting shower first
vigilante
28 June 2019, 13:28 GMT2
000000
Newsfeed
0
New firstOld first
loader
LIVE
Заголовок открываемого материала
Access to the chat has been blocked for violating the rules . You will be able to participate again through:∞. If you do not agree with the blocking, please use the feedback form
The discussion is closed. You can participate in the discussion within 24 hours after the publication of the article.
To participate in the discussion
log in or register
loader
Chats
Заголовок открываемого материала
Worldwide
InternationalEnglishEnglishMundoEspañolSpanish
Europe
DeutschlandDeutschGermanFranceFrançaisFrenchΕλλάδαΕλληνικάGreekItaliaItalianoItalianČeská republikaČeštinaCzechPolskaPolskiPolishСрбиjаСрпскиSerbianLatvijaLatviešuLatvianLietuvaLietuviųLithuanianMoldovaMoldoveneascăMoldavianБеларусьБеларускiBelarusian
Transcaucasia
ԱրմենիաՀայերենArmenianАҧсныАҧсышәалаAbkhazХуссар ИрыстонИронауОssetianსაქართველოქართულიGeorgianAzərbaycanАzərbaycancaAzerbaijani
Middle East
Sputnik عربيArabicArabicTürkiyeTürkçeTurkishSputnik ایرانPersianPersianSputnik افغانستانDariDari
Central Asia
ҚазақстанҚазақ тіліKazakhКыргызстанКыргызчаKyrgyzOʻzbekistonЎзбекчаUzbekТоҷикистонТоҷикӣTajik
East & Southeast Asia
Việt NamTiếng ViệtVietnamese日本日本語Japanese俄罗斯卫星通讯社中文（简体）Chinese (simplified)俄罗斯卫星通讯社中文（繁体）Chinese (traditional)
South America
BrasilPortuguêsPortuguese
NewsfeedBreaking
01:37 GMTUS ‘Humiliated Like Never Before’, Trump Says, After DHS Allowed Thousands of Migrants to Pour in
01:31 GMTLockheed Martin to Build US Army’s Next Generation Tactical Vehicle Based System
01:10 GMTBorder Patrol Agents Disgruntled Over Biden's Attempts to Throw Them 'Under the Bus' - Report
00:53 GMTBeard-Check: Afghan Barbers Banned From Shaving, Trimming Beards - Reports
00:27 GMTR. Kelly Found Guilty: Will Artist Be Removed From Music Services?
00:03 GMTIs Sir Alex Ferguson Right, That Ronaldo, and not Messi, Could Score a Hat-trick for Anyone?
00:00 GMTUS Senator Menendez Urges New Sanctions on Turkey if It Acquires More Russian Weapons
YesterdayInsurgents Who Detained President of Guinea Declare Transitional Charter - Reports
YesterdayTexas Lawmakers Propose New Congressional Districts in Cities of Austin, Houston
YesterdayIOM Looking for Alternatives for Haitians at US Border, Brazil Being 1 Option - Sources
YesterdayCzech Republic Will Purchase Israeli-Made Air Defenses to Replace Soviet Gear
YesterdaySPD Leader Scholz Says Yet to Hear Congratulations From CDU/CSU Rival
YesterdayTaliban Say Norwegian NGO Promises to Ship Humanitarian Aid to Afghanistan This Winter
YesterdayUS Blue-Chip, Tech Stocks Fumble on Worries of Rate Hike
YesterdaySerbian Troops Monitoring Situation at de-Facto Serbia-Kosovo Border Amid Protests
YesterdayUnidentified Man Threatens Journalist, France's Potential Would-Be President Eric Zemmour - Reports
YesterdaySenate Republicans Vote to Block Gov't Funding, Debt Limit Bill Just Days Ahead of Shutdown Deadline
YesterdayGOP Slam 'Economically Illiterate' Admin After It Claims $3.5 Trillion Bill Costs 'Zero Dollars'
YesterdayUS President Joe Biden Aims to Save Obama-Era Policy DACA
YesterdayUK Calls Renewable Energy Main Alternative to Gas as Energy Crisis Deepens