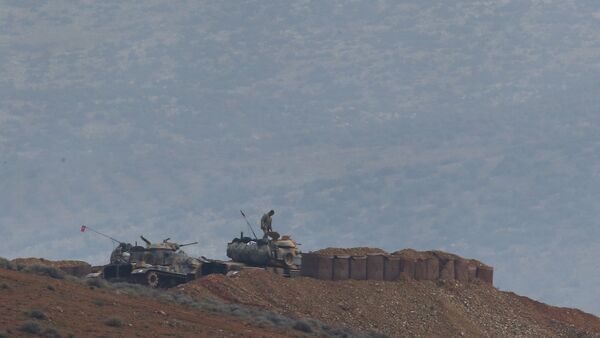 MOSCOW (Sputnik) - Turkey is moving special forces and military equipment to its border with Syria, the Anadolu news agency reported on Friday, after Turkish forces shelled the Syrian army's positions in Idlib.

A convoy of armoured vehicles and special forces units have arrived in Reyhanli and Kirikhan cities in Turkey's southern province of Hatay on the border with Syria, according to the local media.

The shelling by the Turkish forces came a day after a Turkish soldier had been killed in an attack on a Turkish observation post in Idlib. The Turkish Defence Ministry has said that the shelling had been carried out from the territory controlled by the Syrian government and was deliberate.

Reuters reported late on Thursday, citing the Turkish Defence Ministry, that Russia’s Ankara attache had been summoned after the attack on the observation post. The Russian Embassy in Ankara declined to comment on the matter.

Last year, Russia and Turkey agreed a deal that created a demilitarised zone in Idlib along the contact line between the armed opposition and the government forces.