Trump Says 'No Rush' Regarding Tensions With Iran, Expresses Hope For Positive Outcome 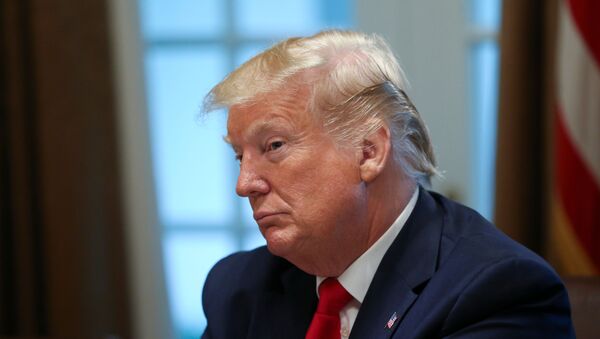 © REUTERS / Leah Millis
Subscribe
International
India
Africa
OSAKA (Sputnik) - US President Donald Trump said on Friday there was "no rush" around the settlement of the US-Iranian tensions and expressed hope for positive developments on the issue.

"We have a lot of time, there is no rush. They can take their time. There is absolutely no time pressure," Trump said at a meeting with Indian Prime Minister Narendra Modi on the sidelines of the G20 summit in Japan's Osaka, as aired by the Fox television network.

"Hopefully, in the end, it’s going to work out," Trump pointed out.

On Tuesday, Trump suggested that the US is "not going to need an exit strategy" if war broke out with Iran.

Washington insists that its drone was flying over neutral waters of the Strait of Hormuz when it was destroyed, releasing maps of its own. US President said he ordered strikes on targets in Iran, but called off the attacks at the last minute because they would be a disproportionate response. Instead, Trump said, he decided to impose further sanctions on Tehran.