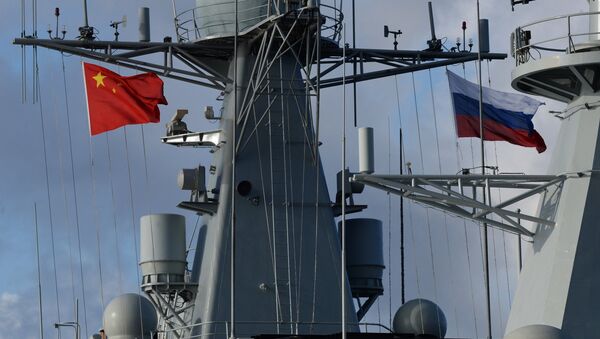 Russia and China remain the US's main global strategic competitors, and Moscow is the "instigator" of aggression in Europe, newly minted Secretary of Defence Mark Esper has claimed.

"As we all know, the instigator of aggression in Europe today is Russia. Thirty years after the fall of the Berlin Wall, Russia still seeks veto power over its neighbours, and interferes in the sovereign democratic processes of other countries," the Pentagon chief said, without elaborating.

According to the US defence chief, Russia is now carrying out a "robust military modernisation campaign" aimed, among other things, at spending "$28 billion by 2020 upgrading its strategic nuclear triad."

Earlier this year, the Stockholm International Peace Research Institute (SIPRI) calculated that Russia's total defence spending amounted $63.8 billion in 2018, compared to $649 billion in spending by the US the same year. The US' NATO allies France, the UK, Germany, Italy, Australia, Canada and Turkey also made it into the top 15 countries in terms of total military spending, laying out between $19-63.8 billion for defence in 2018. The alliance's total defence expenditures are expected to exceed $1 trillion in 2019.

Regarding spending on nuclear rearmament, the US is presently in the middle of a 30-year, $1.5 trillion modernisation of its nuclear arsenal, with the Trump administration seeking to increase that figure to account for missile defence technology.

Russia has repeatedly criticised NATO's eastward expansion since the end of the Cold War, which has been carried out despite verbal commitments to Moscow in 1990 not to expand the alliance beyond the former borders of East Germany following Germany's unification. Since 2000, NATO has incorporated every member of the former Warsaw Pact, the Baltic republics and several countries from the former Yugoslavia, and has deployed thousands of troops and missile defence components in Eastern Europe along Russia's borders.

Turning to China, Esper accused that country of trying "to gain dominance in the 5G realm" as "part of a persistent effort by Beijing to rework the international order to its advantage."

"We have seen this with China's militarization of global commons, its predatory economics, and its state-sponsored threats to intellectual property. NATO is awake to this threat, and we are adapting ourselves as prudence demands," Esper said.

The US is in the midst of a trade war with China in a number of areas including technology and economic competition in Europe and the Third World, and geopolitical and military rivalry in the East and South China seas. Last month, after banning Chinese tech giant Huawei from operating in the US, the Trump administration attempted to force the US' European partners to do the same, despite the company's competitive prices on 5G technology.

In the South China Sea, the US has carried out numerous 'freedom of navigation' missions in and around sea and island territories which Beijing claims are its territory. China has repeatedly criticised these operations.

000000
Popular comments
The USA is and always was the greatest aggressor in the world!