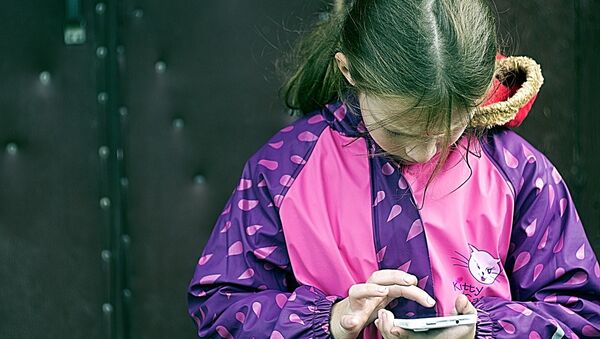 The broadcaster's children's channel, NRK Super, which is estimated to have a target audience of 100,000 children aged between 2 and 12, used its app to survey its subscribers on matters of sexual orientation and preferences, the newspaper Dagen reported.

Tens of thousands of children woke up to a push notification with a pop-up “response-o-meter” about their sexual orientation. Among others, the children were invited to answer the following question: “Are you gay, hetero or something in between?” There, they had to choose between descriptions like “I like both boys and girls” and answer intimate questions on self-identification.

“Asking children, obviously very young ones, this kind of question is deeply problematic for several reasons. First, this is tantamount to the sexualisation of childhood, that Norwegian pupils needn't be exposed to. Let children be children. The challenges of the adult world will come in due time”, Vebjørn Selbekk, the editor-in-chief of the Christian newspaper Dagen wrote.

Selbekk also tweeted that he was alarmed by it “as a father, taxpayer and member of the Norwegian Broadcasting Council”.

“Children in this target group do not sit and reflect on sexuality, just as they also do not spend time contemplating ethnicity or religion. When they end up doing this, they are dominated by adults, who impose their own ideological motives,” writer and former regional leader of Young Conservatives Preben Dimmen wrote in an opinion piece at Document.no.

According to him, NRK stepped over the parents' toes and forced the children, who cannot necessarily tie their shoelaces, to decide on complex issues they are not yet ready for.

Many of them don’t even know how to tie their shoelaces. NRK wanted their sexual definition

​Even Esben Esther Pirelli Benestad, a physician and professor of sexology at the University of Agder, who happens to be one of Norway's most prominent trans people, suggested that it was “an adult question” to ask children.

When confronted by Dagen, NRK Super project manager Frank Sivertsen, answered with a question of his own: “What's wrong with asking children about their orientation?”

NRK is the Norwegian government-owned radio and television public broadcasting company, and the largest media organisation in Norway. It broadcasts three national TV channels and three national radio channels. Over 90 percent of NRK's funding comes from a mandatory annual licence fee payable by anyone who owns or uses a TV or device capable of receiving TV broadcast.

000000
Popular comments
Time for all the ordinary native citizens of all Scandinavian countries to regain control from the degenerate infestation of current communal communists in power.
astrodetective
27 June 2019, 13:50 GMT
000000
This Liberal debasement of morality is reaching epidemic proportions in the Western world. It's like an insidious cancer trying to destroy any fabric of decency and wholesome values. We all know what happened to Sodom and Gomorrah they destroyed themselves in an orgy of degeneracy. I fear the West is on the fast track to oblivion which has happened throughout history once Leftist decay takes over. I think WW3 is just around the corner everything is being set in motion for it.
Real News
27 June 2019, 14:47 GMT
000000
Newsfeed
0
New firstOld first
loader
LIVE
Заголовок открываемого материала
Access to the chat has been blocked for violating the rules . You will be able to participate again through:∞. If you do not agree with the blocking, please use the feedback form
The discussion is closed. You can participate in the discussion within 24 hours after the publication of the article.
To participate in the discussion
log in or register
loader
Chats
Заголовок открываемого материала
Worldwide
InternationalEnglishEnglishMundoEspañolSpanish
Europe
DeutschlandDeutschGermanFranceFrançaisFrenchΕλλάδαΕλληνικάGreekItaliaItalianoItalianČeská republikaČeštinaCzechPolskaPolskiPolishСрбиjаСрпскиSerbianLatvijaLatviešuLatvianLietuvaLietuviųLithuanianMoldovaMoldoveneascăMoldavianБеларусьБеларускiBelarusian
Transcaucasia
ԱրմենիաՀայերենArmenianАҧсныАҧсышәалаAbkhazХуссар ИрыстонИронауОssetianსაქართველოქართულიGeorgianAzərbaycanАzərbaycancaAzerbaijani
Middle East
Sputnik عربيArabicArabicTürkiyeTürkçeTurkishSputnik ایرانPersianPersianSputnik افغانستانDariDari
Central Asia
ҚазақстанҚазақ тіліKazakhКыргызстанКыргызчаKyrgyzOʻzbekistonЎзбекчаUzbekТоҷикистонТоҷикӣTajik
East & Southeast Asia
Việt NamTiếng ViệtVietnamese日本日本語Japanese中国中文Chinese
South America
BrasilPortuguêsPortuguese
NewsfeedBreaking
03:38 GMTIsrael Approves $1.5Bln Budget for Possible Strike Against Iran's Nuclear Facilities - Report
03:00 GMT’Karen in the Air’: Watch Woman Preach About Pandemic Via Microphone During Midflight
02:27 GMTIt's Ye, Not Kanye: Rapper Kanye West Officially Changes His Name
01:38 GMTPowell Embraced His Caribbean Roots Throughout Career, Kept Rum in Cabinet, Jamaican Envoy Says
01:25 GMTDPRK Fired One Ballistic Missile Towards Sea of Japan, South Korean Media Report
01:13 GMTNYC Commission Votes to Remove Thomas Jefferson's Statue From City Hall Over Complaints
YesterdayPolisario’s Brahim Ghali Vows to Fight Morocco in Western Sahara Until UN Holds Independence Vote
YesterdayUS Afghan Envoy Zalmay Khalilzad Steps Down
YesterdayHezbollah Leader Declares Group Has 100,000 'Trained & Experienced' Fighters - Report
YesterdayUS Large Planes, Early Warning Assets Now More Vulnerable, Pacific Air Forces Chief Says
YesterdayEx-Top Brazilian Diplomat Calls for G20-Led Multipolar World to Tackle Post-COVID Issues
YesterdayBig Tech in 4-Day Winning Streak on Wall Street Sparked By Earnings Bets
YesterdayTrump Says Assault on Protesters Claims ‘Baseless Harassment’ After Hours of Deposition
YesterdayUS January 6 Committee Rejects Steve Bannon’s Refusal to Cooperate in Probe - Reports
YesterdayState Dept. IG Launches Probe Biden's Withdrawal From Afghanistan - Reports
YesterdayScottish Police Reports Powerful Blast in Residential Building in Country's Southwest
YesterdayMoscow Expresses Condolences Over Powell's Death, Says He Was 'A Patriot of His Country'
YesterdayProduction of Russia's Sputnik V in Mexico to Begin in Second Half of November - Reports
YesterdayTreasury to Use ‘Extraordinary Measures’ Through December 3 to Avoid Debt Ceiling
YesterdayTop 10% of Richest Americans Own About 90% of Stocks on US Markets - Report