US and Iranian officials have stepped up their verbal tirades against one another in the wake of last week's downed drone incident, with President Trump accusing Iranian leaders of being "not smart" and Iran's president calling the US's 'hostile' behaviour signs of the White House's 'mental retardation.'

French Defence Minister Florence Parly asked US Acting Secretary of Defence Mark Esper not to drag the NATO alliance into any possible military operation in the Gulf during the meeting of bloc's defence ministers on Thursday, diplomats familiar with the discussions have said, according to Reuters.

According to the diplomats, Parly made the remarks during a closed-door meeting that was also attended by the representatives of five other NATO members. German representatives also joined the French in calling for the 2015 Iran nuclear deal to be upheld, and not 'jeopardised'.

Esper, it was said, told NATO allies that the US did not seek a conflict with Tehran, but would 'not tolerate' any further incidents following last week's shootdown of a $130 million drone by an Iranian missile.

NATO Secretary General Jens Stoltenberg confirmed that the US 'clearly conveyed' to its allies that it did not want to see war break out with Iran.

Alliance defence ministers are holding the second day of meetings at the alliance's headquarters in Brussels on Thursday, with the talks discussing a range of issues including Iran, the scrapping of the Intermediate-Range Nuclear Forces Treaty, Turkey's purchase of advanced Russian air defence systems, and other subjects.

Long-standing tensions between Tehran and Washington escalated sharply on 20 June after Iranian air defences shot down a US RQ-4 Global Hawk drone Iran says was operating in its airspace. The US maintains that the drone was flying over international waters in the Strait of Hormuz, and called the incident a provocation. Following the downing of the drone, President Trump said that he made the decision to carry out airstrikes against multiple Iranian targets before pulling back at the last minute after being told that they would kill 150 Iranians, saying such a reaction would not be "proportionate." 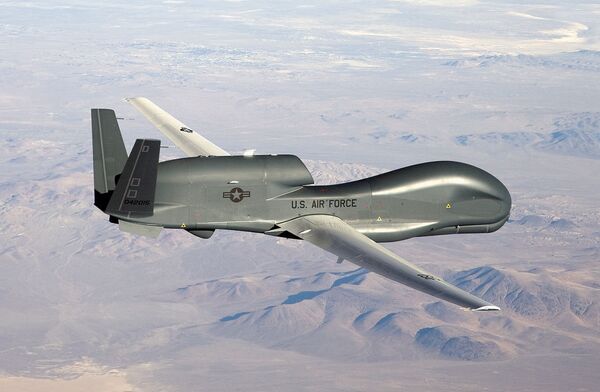 Relations between Iran and the US began to decline sharply in May 2018, when President Trump unilaterally withdrew the US from the Iran nuclear treaty and slapped they country with tough banking and energy sanctions. The move sparked a series of back and forth recriminations and decisions including the classification of one another's armed forces as 'terrorists', and the US deployment of a carrier strike group in the Middle East, citing an Iranian 'threat' last month, and mysterious attacks on tankers in May and June which Washington blamed on Tehran, with Iran forcefully denying any involvement. Last month, on the one year anniversary of the US withdrawal from the nuclear treaty, Iran announced that it would be withdrawing from some of its voluntary commitments under the deal, while emphasising its pledge not to pursue nuclear weapons technology.