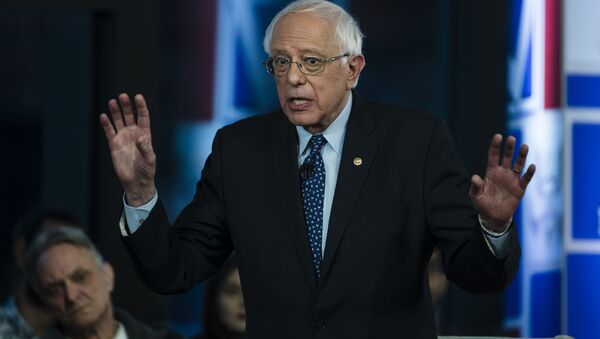 Vermont Senator and 2020 presidential hopeful Bernie Sanders has a history of using social media and modern methods of campaigning. The self-proclaimed “democratic socialist” has garnered significant support since his first presidential run in 2016, trailing in second to Democratic rival Joe Biden.

Bernie Sander’s presidential campaign took to the digital sphere after it launched a Twitch streaming account on Monday night.

According to Recode, the Sanders campaign will use Twitch alongside other online platforms such as Facebook and YouTube to stream live videos.

The streams will be of Sanders and his campaign colleagues discussing the presidential run and speaking about issues directly with voters, reports Recode.

The channel will stream live before and after the Democratic debates, which are scheduled to begin at 8:30 and 11:00 Eastern Time on Thursday.

According to Josh Miller-Lewis, the head of digital communications at the Sanders' campaign, the channel will broadcast regular live streams.

Andrew Yang, an Independent candidate who has built a significant base of support online and amongst the tech community, created his Twitch channel in 2018, which makes Senator Sanders the second 2020 presidential candidate to launch a Twitch channel.

Currently, Sanders has more than 8,800 Twitch followers while Yang has only 225.

Some comments on the page were from supporters of the Sanders campaign, while others sarcastically asked "is Bernie going to play Fortnite," referencing the site's frequent use for live streaming video games.

Other Democratic politicians have also attempted to use social media to their advantage and speak directly to their supporters.

Congresswomen and fellow socialist Alexandria Ocasio-Cortez (also known as AOC) regularly appears on Instagram Live to talk about issues while cooking or putting together furniture.

​Bernie Sanders has a tendency to appeal to both young people and netizens, utilising an online presence to garner support.
In June, in an attack on ‘centrist’ candidates such as Joe Biden, he declared that there is “No middle ground” on issues such as healthcare.

The internet roared in response, spreading the supportive hashtag #NoMiddleGround throughout the internet.

.@BernieSanders showing the other candidates how it’s done solidarity takes action, and leadership. This is our next #POTUS! #NoMiddleGround https://t.co/1tcne9iUPU