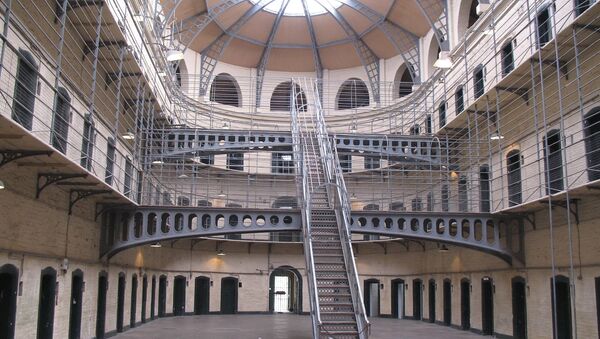 © Photo : CCO
Subscribe
Following the defeat of the centre-right “blue bloc” in the recent general election, Denmark's left-of-centre “red” parties have agreed to form a new government, rolling out a plan instantly slammed as “red-green wish list” by critics.

After almost three weeks of deliberations, the Socialist People's Party, the Social Liberal Party and the Red-Green Coalition have agreed to become sidekicks in a minority Social Democratic government.

“We didn’t know if we could make it when we started. These are four parties with very different histories and opinions. But now we have reached our goal,” the newly-minted prime minister told Danish Radio. “As a result, we have shown that when the Danes go and vote as they did, a new majority can translate their hope into specific action.”

While the Danish parties are traditionally lumped into “red” and “blue” blocs based on their stance and ability to form alliances, the differences within either bloc may be vast. Nevertheless, the left-of-the-centre parties managed to bridge their divide and produce a formal agreement that deals with a number of issues ranging from climate change to immigration.

Among others, the accord involves binding climate legislation that aims to reduce emissions by a staggering 70 percent. Other key aspects of the agreement include opening the doors for more foreign workers.

Moreover, the new ruling quartet also agreed to scrap plans for turning the island of Lindholm off Copenhagen's coast into a prison for criminal foreigners, sometimes referred to as "Alcatraz for migrants", remove child asylum seekers from Sjælsmark centre and once again accept refugee quotas.

Tweet by the Danish People's Party: "Deported, criminal foreigners have NOTHING to do in Denmark. Until we can get rid of them, we now move them out on the island of Lindholm in Stege Bugt.

So far, no concrete solution has been offered to what should take Lindholm's place, nor is there any fixed figure for how many quota refugees Denmark should take. Nevertheless, Mette Frederiksen herself outlined her coalition's plans for Denmark's immigration policy.

Outgoing Prime Minister Lars Løkke Rasmussen wished the new government luck with the accord, which he called “a far-fetched red-green wish list”.

“Only they forgot to talk about how the bills should be paid, didn't they?”, Rasmussen tweeted.

The Conservatives political rapporteur Mette Abildgaard suggested that the Social Democrats and their supporting parties should add more details to the agreement.

“Tell me, what have you actually done in the 20 days?”, she asked on Twitter. “How many quota refugees? Pass! Minimum standards on what? Pass! What instead of the Sjælsmark asylum centre and Lindholm? Pass! How will the bill be financed? Pass!”

The new accord may be seen as a policy shift as the Social Democrats under Mette Frederiksen have previously called for a cap on “non-western immigrants”, for asylum seekers to be expelled to a reception centre in North Africa, and for all immigrants to be forced to work 37 hours a week in exchange for benefits.

“For me, it is becoming increasingly clear that the price of unregulated globalisation, mass immigration and the free movement of labour is paid for by the lower classes,” Frederiksen declared a recent biography.

Obviously, winning the support of fellow “red bloc” members implies compromise and sacrifice, as despite emerging as the clear election winner with 25.9 percent of the vote, the Social Democrats only command 48 seats out of 179.

000000
Popular comments
Now the whole capitalist robber baron system complete with corporate media will be dripping poison onto the new centre left Danish government at every opportunity.
ian
26 June 2019, 10:27 GMT
000000
It would have been nice to call them Alcatrants.