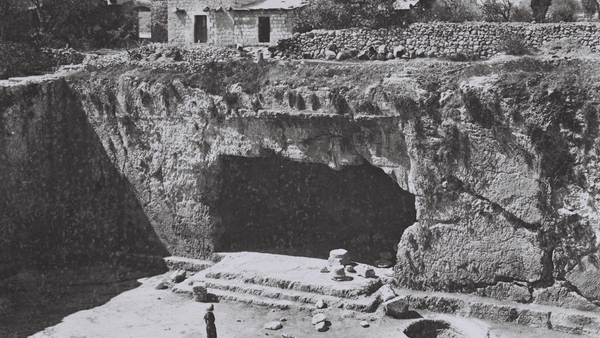 The Tombs of the Kings, a 2,000-year-old French-owned burial site in Jerusalem, is set to reopen to the public this week for the first time since being closed off to interested individuals since 2010.

The French consulate announced Wednesday that the site of the Roman-era tomb will crack its doors open to the public on Thursday, and that additional visitation will be allowed on the morning of July 2 and 4. It further noted that entry will be limited to 15 people during 45-minute stretches.

It should be noted that the actual gravesites will remain closed due to conservation and safety efforts.

A spokesperson for the consulate informed AFP that the decision to reopen the site to the public was the result of negotiations between France and Israel, as well as a commitment that Paris had established “a long time ago.”

“We are reopening in accordance with the rules we set for ourselves,” the official, who provided no further details regarding the decision, said.

Yisrael Katz, Israel’s foreign minister, told the outlet in a statement that the move “is further testimony to the deep and multigenerational connection of the Jewish people to its eternal capital Jerusalem.”

He added that the site, which was once thought to hold the tombs of King David and King Solomon, “has great significance to the Jewish people.”

Located in East Jerusalem, less than half a mile from the Old City, the large archaeological site is believed to have been the tomb of Queen Helena of Adiabene and her sons, Izates bar Monobaz and Monobaz II, according to the Jerusalem Post. Various sarcophagi unearthed at the site by archaeologist Felicien de Saulcy in the 1860s are presently located in the Louvre museum.

Following de Saulcy’s excavations and growing outrage from locals regarding the digging up of graves, the site was purchased by the Pereire brothers, a Paris-based Jewish banking family. Ownership of the site was later given to the French government on the condition that it would preserve the site for the Jewish community.

The matter of the site’s ownership has continued to be a topic of debate, with religious leaders referring to the area as a holy place which should be an open prayer site for members of the Jewish community.

Citing renovation needs, the French consulate eventually closed off the historical site in 2010. It has been reported that French officials forked over some $1.1 million to cover construction and preservation costs.