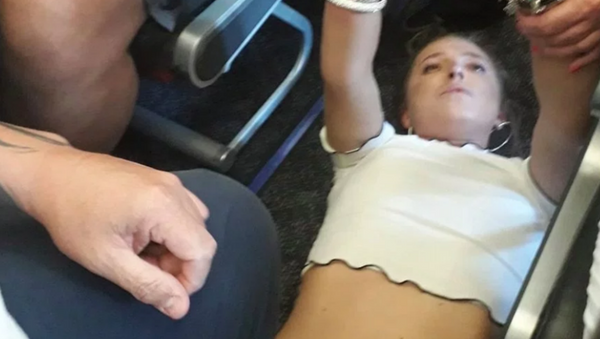 Two UK Royal Air Force (RAF) fighter jets were forced to accompany a passenger plane back to London on Saturday after a 25-year-old female passenger became extremely disruptive and tried to open the cabin door mid-flight.

According to a press release by British discount carrier Jet2, the fighter planes “created a sonic boom which could be heard from miles around” in their “rush to escort the aircraft.” 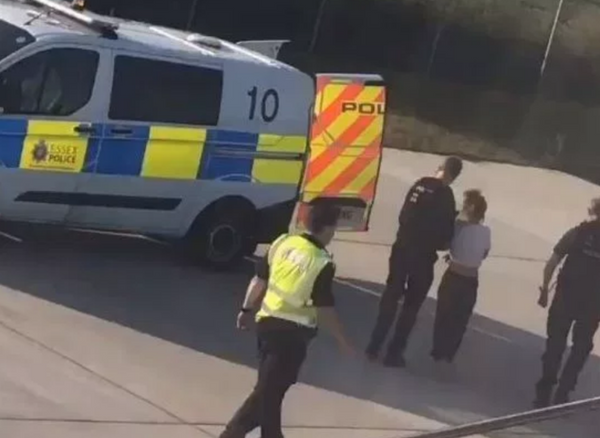 A sonic boom is a sound similar to a thunderclap which is associated with the shock waves produced whenever an object moving through the air travels faster than the speed of sound, NASA reports.

"Our aircraft landed safely at London Stansted Airport, where airport police boarded to arrest a 25-year-old woman on suspicion of assault and endangering an aircraft," the Jet2 statement continued. "We are now liaising with the relevant authorities to support their investigation, and we will not hesitate to prosecute."

The flight was bound from London Stansted Airport to Dalaman Airport in southwest Turkey.

According to one of the passengers on the flight, the incident took place around 45 minutes after the plane took off in London.

“This lady who was clearly intoxicated gets called to the front of the plane and she starts shouting and screaming and runs to the plane door. The cabin crew grabbed her to stop her and then she starts scratching them and hitting them. She then got pinned to the floor by cabin crew and passengers and a passenger even sat on her,” Amy Varol told the The Sun.

​"She kept getting up and running back towards the door. She had six people sitting on her. We had to fly back to Stansted for the police to get her. She kept singing songs and screaming she’s gonna kill us, 'I want to get off', 'I’m gonna f**king hit you,' 'f**king come on then. I was terrified. There’s nothing you can do, you can’t escape,” Varol added.

According to passenger Stewart Brown, the woman seemed “absolutely fine before takeoff” but then appeared “strangely very drunk or drugged as we took off.”

"The stewards gave her several chances and did the best they could before she became abusive and then made a dash for the cockpit and had to be restrained by staff and passengers,” he added.

A spokesperson for the Essex Police confirmed that the unidentified woman who caused the disruption was arrested “on suspicion of two assaults and endangering an aircraft.” She will be released on bail until July 30, according to multiple reports.