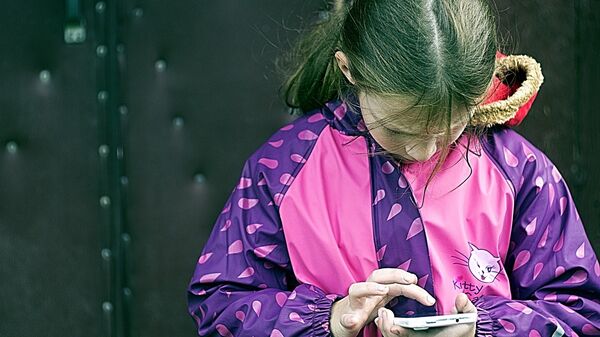 A study focusing on bone spurs that look like "horns" covering human skulls gained broad media attention recently, in the wake of a recent BBC report showing possible  impacts of technology on the human skeleton; however industry critics promptly  butted in questioning the findings.

Not long time ago, a special scientific study became a topic for a news story suggesting that craning to read from a smartphone display may contribute to the growth of “horn-like” bone spurs on the skull, alongside worsening a whole bunch of other, no less pressing health issues.

Teens with smartphone addiction are not growing HORNS! https://t.co/3T0ff6fhA7 pic.twitter.com/aqgcLqtN9y

Along with plenty of dispute over the paper’s verdict, which has been universally deemed as controversial and poorly-grounded, there is yet another credible reason to question the study, due to lead author David Shahar’s now revealed business ventures, Quartz reported.

Clinician and chiropractor David Shahar, a PhD in biomechanics who together with his spouse and business partner treats what they call a “poor posture epidemic” with digital posture analyses and on-site x-rays, opted to pick participants for his research among those who came through his own practice in Australia. The detail isn’t, surely, included into the paper, which in its turn addressed the participants as those picked from “a clinician’s database.”

Are we surprised? No we are not. #Sigh.

The fact undermines the results of the survey straight away, since as long as you want to have a look at the real effect of smartphone use on your neck and posture, you’d search for data coming from the general uninterested public, rather than patients who were already suffering from neck- or backaches.

Along with practising non-traditional medicine, Shahar is known to be the creator of Dr. Posture, an online store that promotes products and notably “three easy steps” to “look and feel you best” – first, watching the doctor’s webinar, then downloading at-home exercises to stretch your back and neck, and finally sleeping with a specially tailored Thoracic Pillow, which the researcher has trademarked and has been selling for $195.

Meanwhile, he declared no competing interests when picking the platform to publish his survey: he asserted there was nothing that “undermined the objectivity” of his publication when negotiating it with Scientific Reports, the famed peer reviewed open-access journal where Shahar’s study appeared.