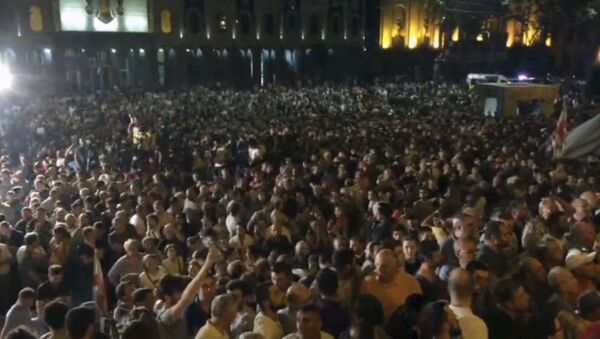 Local protests in Georgia, with the demonstrators opposing the participation of Russian delegates in a Parliament session, erupted on Thursday but later grew into a broader opposition rally.

Protesters are taking to the streets of Tbilisi, marching against the Georgian government for the third day in a row.

Over 300 people were detained on 20-21 June during violent rallies in the Georgian capital that were sparked by the participation of Russian delegates in the Interparliamentary Assembly on Orthodoxy (IAO) session, according to the Georgian Interior Ministry.

About 240 people were injured during the rally.