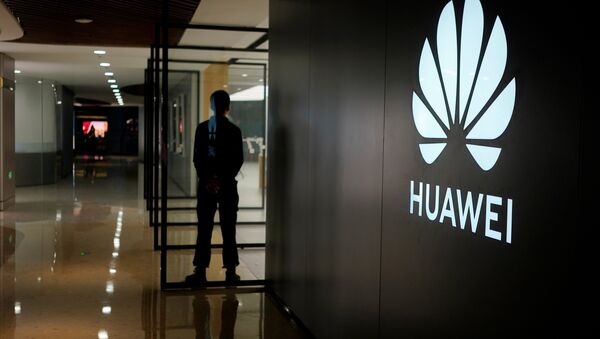 MOSCOW (Sputnik) - The Russian Ministry of Digital Development, Communications and Mass Media will hold talks with Chinese tech giant Huawei in summer to discuss the possibility of switching the Chinese smartphones to Russia-developed Aurora operating system (OS), the deputy minister said on Friday.

The authorities have just agreed to begin the work on the use of the Aurora mobile system, deputy minister Mikhail Mamonov said when asked about the topics of the forthcoming talks.

He went on to noted that the main priority was to make the products recognisable and they "can go for some kind of third product."

"We are already preparing a comprehensive proposal to the Chinese side on how to work with Huawei and other tech companies in Russia. There are a set of issues on localisation, a set of issues on technology transfer and investment in knowledge, the rules of functioning of R&D centers in Russia," the deputy minister said.

Mamonov noted that exact time when the Huawei products would start acquiring the new operating system had not been defined yet.

"So far we are at an early stage of negotiations. The first talks will be held until fall, and I hope to take part in them. This will be direct negotiations with Huawei, between experts," he added.

This follows Russian Communications Minister Konstantin Noskov's announcement made the day before that the ministry was holding negotiations on cooperation with Huawei.

Earlier in the month, the Russian media outlet The Bell reported that China was already testing Aurora, the Russian version of the Finnish OS Sailfish, on devices that could be applied in Huawei products. The system is intended to replace Google’s Android amid the US ban due to security reasons and claims that Huawei was exploiting cyberinfrastructure on behalf of the Chinese government; this is the allegation that the Chinese tech giant strongly denies. In addition, the outlet said that China and Russia were discussing the creation of joint chip and software production.

In mid-May, the United States added Huawei to its trade blacklist. Several US companies have already suspended business ties with Huawei, including Google, which has barred the world’s biggest phone maker from access to certain Android components.