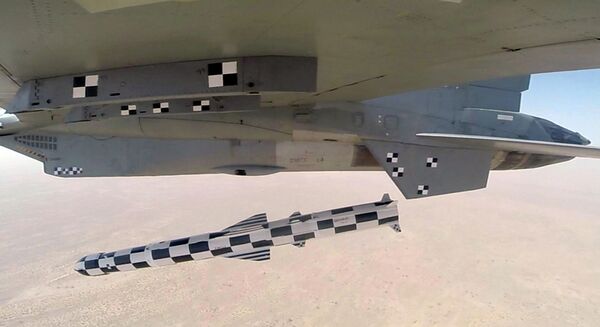 In the first indication that Russian missiles are being used by India's primary warplanes, including the Su-30MKI and Mirage 2000, the Indian Air Force has started user trials of next generation air-to-air missiles manufactured by Vympel, a subsidiary of Russia's consolidated JSC Tactical Missiles Corporation.

New Delhi (Sputnik): The Indian Air Force (IAF) began user trials of extended-range, Russian-made air-to-air missiles on Wednesday. On the first day, the IAF test fired the air-to-air missile from a Sukhoi-30 MKI combat aircraft; it destroyed a UK-made Banshee drone off the coast of Odisha.

“The aircraft that took off from Kalaikunda air base in West Bengal (state) fired the beyond-visual-range air-to-air missile after taking several sorties,” local media reported without identifying the missile.

It was reported earlier that the IAF had asked to be able to immediately purchase the air-to-air missiles and guided missiles after the mid-February escalation along the western border.

The nation's stockpile dipped due to an increased number of combat air patrol missions along the border with Pakistan, involving its main fighters, such as the Su-30MKI, MiG-29, and Mirage 2000.

Vympel is the manufacturer of the R-73 air-to-air missile, which was used by IAF pilot Abhinandan Varthaman to shoot down a Pakistan Air Force F-16 on 27 February when the two countries engaged in an aerial clash.

The RVV-BD missile weighs 500-kg and features a 60-kg warhead. During the endgame, it is capable of 8g manoeuvring, flying at Mach 6. The RVV-MD is ab export version of the R-74, which has increased anti-jamming protection, including optical jamming.