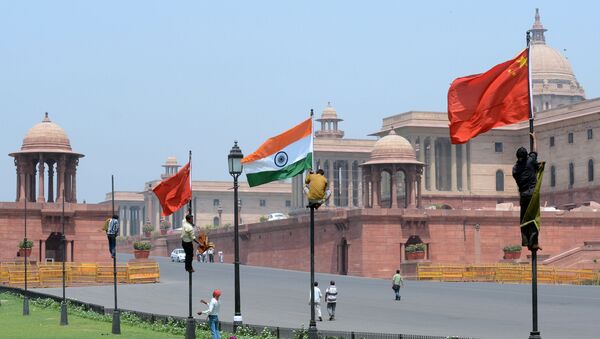 New Delhi (Sputnik): The US has overtaken China as India’s top trading partner, the new trade data released by the Indian Commerce Ministry has revealed.  The development comes in the wake of President Donald Trump's consistent pressure tactics on New Delhi aimed at seeking balance in bilateral trade.

Sources say an increase in US energy exports to India has provided some relief for New Delhi, helping to counter Trump's irritation at hefty trade deficits by acquiescing to his demands to provide more access for American goods.

The US had imposed a 25 per cent extra duty on steel and 10 per cent on aluminium products last year and revoked India's beneficiary status under its largest preferential trade scheme, the Generalised System of Preferences (GSP) last month, for not granting American producers reasonable access to its markets.

India has also asked China for favourable tariffs on a list of another 380 items, including agriculture, horticulture, pharmaceuticals, textiles, chemicals, tobacco and some engineering products.

The recent trade figures will come in handy for India while dealing with Donald Trump in the upcoming G-20 annual summit in the Japanese city of Osaka. Trump is expected to meet the Indian Prime Minister with trade issues likely to dominate the discussion, on the backdrop of India’s 15 June decision to impose retaliatory tariffs on 28 classes of US goods.

Last month, the Indian government said that the two countries “agreed to engage regularly at various levels to resolve outstanding trade issues by exploring suitable solutions, which are mutually beneficial”. The announcement was made after US Commerce Secretary Wilbur Ross had raised concerns over India’s trade policy relating to e-commerce, data localisation and price caps on medical equipment during his visit to New Delhi in May this year.