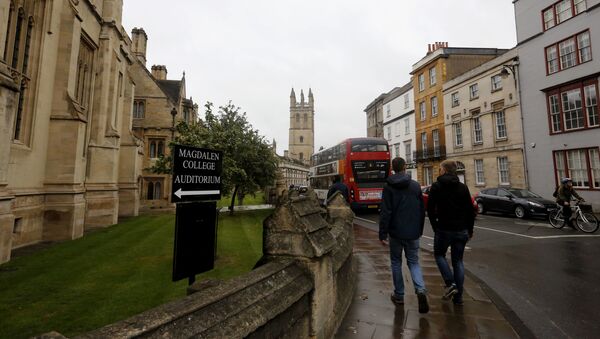 In October last year, the CEO of The Blackstone Group Stephen A Schwarzman, announced a $350m (£279m) gift to establish the Schwarzman College of Computing at MIT in the US, while back in 2007 the philanthropist donated $100m (£79m) to the New York Public Library, where he serves on the board.

An American philanthropist, billionaire and adviser to US President Donald Trump has reportedly given Oxford University its largest single donation “since the Renaissance”, reports Sky News.

The £150m gift from Stephen A Schwarzman, chief executive and co-founder of US investment and private equity firm Blackstone, was donated to investigate the ethics of artificial intelligence.

Dubbing AI as the “fourth revolution”, Schwarzman, who is not an Oxford graduate, spoke of how proud he was to partner with the university.
Appearing on the BBC's Today programme, he said:

“It is going to impact jobs, excellence, efficiency and it is a force for amazing good and also a potential force for not good. What is important about it isn't just what it can do, but making sure it is introduced in a way unlike the internet. The internet was invented by a bunch of computer scientists and they threw it out there because they thought it was cool," he said.

“And parts of it were cool - interconnectedness, globally the ability to communicate, it is pretty amazing.”
“What they forgot were all the negatives, this inability to control cyber bullying, lack of freedom of speech - all kinds of negative things.”

Explaining why he was making a donation to AI research, he said ethics and AI were “one of the major issues of our age”.

“Because AI is going to come, it is really unstoppable, it is not just AI it is robotics and all kinds of other computer science innovations.”

Oxford's vice chancellor, Louise Richardson, said the generous donation to the university "marks a significant endorsement of the value of the humanities in the 21st century".

Schwarzman briefly served as chairman of President Donald Trump's Strategic and Policy Forum for 6 months before its dissolution.

Asked about the philanthropist’s connections to Trump, and if some might feel uncomfortable about the university accepting the donation, Richardson told the Today programme: “I'd imagine there would be very few people who feel that way.”

“Do you really think we should turn down the biggest gift in modern times, which will enable hundreds of academics, thousands of students to do cutting-edge work in the humanities?”

She said that universities were all about engaging with people espousing diverse viewpoints or politics, adding that the gift will be “transformative for many generations”.

A centre to bear the philanthropist’s name will house all of the university's humanities subjects for the first time and is set to open in 2024.