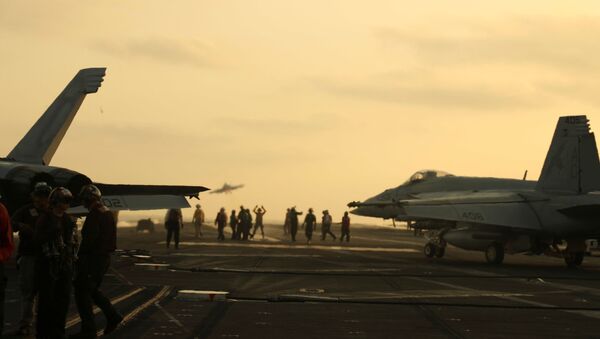 The United States continues to amass military forces in the vicinity of Iran, following tanker incidents near the Strait of Hormuz and the alleged threat that Iran poses to US forces operating in the Middle East.

US Secretary of State Mike Pompeo, one of the architects of Washington’s hard-line policy on Iran, has relayed a message to Tehran that the death of a single US service member would trigger a military response, the Washington Post reports.

According to the broadsheet, one such message was sent during Pompeo’s emergency visit to Baghdad, after the White House picked up intelligence allegedly showing that Iran or its proxies were threatening US interests in the Middle East.

A person with knowledge of the situation was quoted as saying that Pentagon officials, including outgoing Acting Defence Secretary Patrick Shanahan, have been "the ones putting the brakes" on hawks at the State Department and the White House. 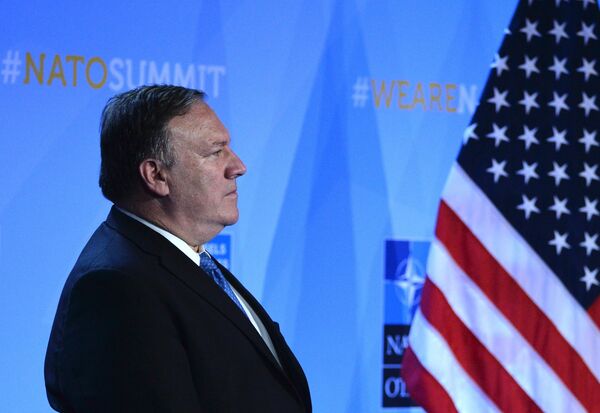 US Secretary of State Mike Pompeo, former director of the Central Intelligence Agency (CIA), during US President Donald Trump's news conference at the NATO summit of heads of state and government, Brussels
© Sputnik / Alexey Vitvitsky
/
Go to the photo bank

However, Shanahan’s upcoming departure from Pentagon’s top slot is understood to have raised concerns that the more belligerent Trump administration will push the military aside and involve it in further escalation of the conflict.

Gen. Paul Selva, the nation's second-highest-ranking military officer, warned on Tuesday that “if the Iranians come after US citizens, US assets or the US military, we reserve the right to respond with military action,” and that would also apply to Iranian-aligned militias in the Middle East.

“The evidence points towards Iran,” Selva told reporters. “The only perpetrator in the area that has a motive to perpetrate it is Iran,” he said.

“Our history in the region is we have threatened to respond and not responded. It would be a miscalculation on the part of the Iranians to believe that that’s going to persist.”

On Monday, the Pentagon gave a go-ahead to the dispatching of an additional 1,000 troops to the Middle East, following last month’s military build-up.

The move came days after two oil tankers were hit by blasts in the Gulf of Oman near the Strait of Hormuz. The United States was quick to accuse Iran of attacking the vessels, but Tehran denies all allegations.

The US Defence Department has released images and footage purporting to show Iranian service members removing a limpet mine from one of the tankers. “Iran is responsible for the attack based on video evidence and the resources and proficiency needed to quickly remove the unexploded limpet mine,” said US Central Command.

The company operating the tanker, however, has cast doubt on the limpet mine story by saying that ship was hit by a “flying object”. 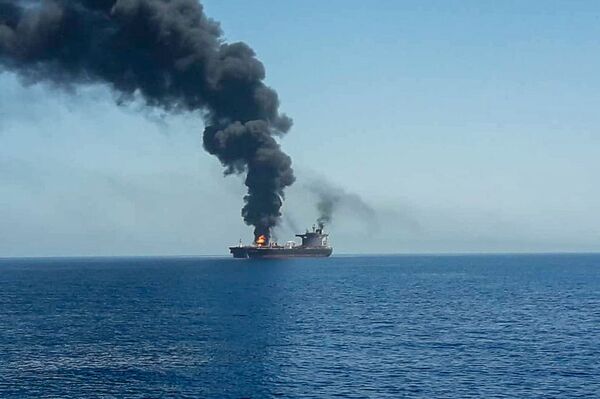 The apparent attack was eerily reminiscent of an attack on tankers off the UAE coast in May, which the United States, without compelling evidence, also blamed on Iran.

Washington and Tehran have been involved in an ever-escalating war or words in the wake of Donald Trump’s “maximum pressure” policy aimed at coercing Iran to negotiate a new nuclear deal.

But the “maximum pressure” campaign, which seeks to choke Iran off through crippling economic sanctions, appears to have achieved quite the opposite so far.

Iran has made clear its intentions to roll back its commitments under the 2015 nuclear accord. The Islamic Republic first announced that it would renege on some of its commitments within 60 days on 8 May, and Iran's president has pledged further steps in this direction unless the situation changes for the better.