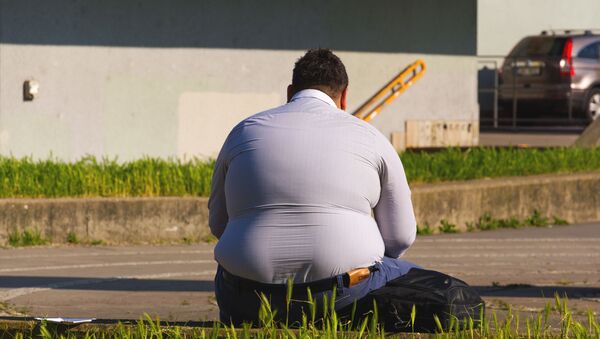 CC0 / Martin Vorel /
Subscribe
A report by the Swedish Public Health Authority has highlighted a spike in so-called “welfare diseases” among immigrants, which has been attributed to living conditions and lifestyle choices.

Migrants who come to Sweden are less likely to suffer from diabetes, obesity and high blood pressure than people who are born there. However, after only a few years that picture changes, a new report from the Public Health Authority has shown.

For example, only three percent of Africans have diabetes upon arrival, but after only five years in Sweden, their proportion jumps to 14 percent.

Self-reported mental illness is, according to the report, also more common among people born abroad, but varies greatly depending on, among other things, age, sex and the country of birth. However, women tend to report mental illness more often, regardless of their origin.

“This is remarkable. Refugees who come to Sweden are usually quite healthy, and then the health significantly deteriorates”, an amazed Johan Carlson, Director General of the Public Health Authority, told the newspaper Expressen.

The explanation offered by the authorities is that it has to do with both living conditions and lifestyle habits. Migrants have difficulties entering the labour market, suffer exclusion and have a lower disposable income, which all has a negative impact on health.

The report followed a group of foreign-born people who had moved to Sweden in the years 1990–2014. The large number of refugees who came to Sweden in 2015 and later have thus not been included.

“Basically, it is an integration issue”, Carlson suggested. “We know that physical activity and good eating habits are crucial, but many new arrivals do not recognise the local diet and don't know what is useful. Lack of knowledge and language difficulties affect both what you eat and the possibilities for physical activity. You move less and become very sedentary”.

On the bright side, young people born outside Europe consume less alcohol than young people born in Sweden, and are less often treated for alcohol-related injuries. A possible explanation for this is that a large percentage of today's asylum seekers hail from Muslim countries, where alcohol is prohibited. Another divisive issue is dental health, which significantly improves after several years in Sweden.

Immigration to Sweden has soared in recent decades, peaking at 163,000 asylum seekers in 2015. Against the backdrop of negative demographic trends among ethnic Swedes, the proportion of foreign-born reached an astonishing 17.5 percent in 2017. Overall, about a quarter of the Swedish population has a foreign background.

000000
Popular comments
A healthy way to get rid of immigrants without observation .