‘She Might Win’: Manning’s Daily Fines Could Become Target of Judicial Oversight 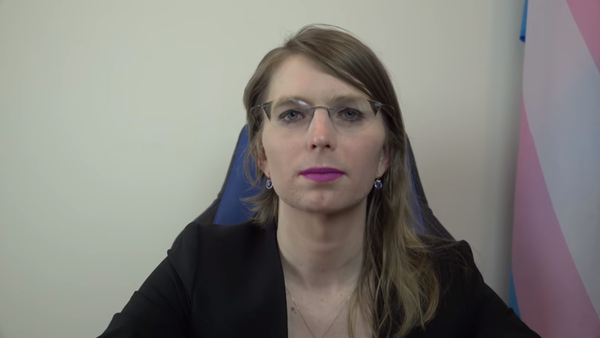 Whistleblower Chelsea Manning’s freedom remains in limbo after a May 16 court order found her in contempt of a grand jury for her refusal to testify about WikiLeaks co-founder Julian Assange. As of June 15, Manning now also has to pay a series of daily, tiered fines that her lawyers wholeheartedly reject in terms of legality.

Saturday marked the beginning of daily fines leveled against a jailed Manning due to her refusal to work with federal investigators.

“If Chelsea Manning does not purge herself of contempt within 30 days of this Order, she shall incur a conditional fine of $500 per day until such time as she purges herself of contempt,” US District Judge Anthony Trenga’s May 16 order noted. That fine will double to $1,000 per day on July 15.

https://www.spreaker.com/user/radiosputnik/chelsea-manning-starts-paying-500-day-wh
Appearing on Radio Sputnik’s Loud & Clear with hosts Brian Becker and John Kiriakou Monday, Kevin Gosztola, a journalist with Shadowproof, explained that the federal government is at a loss because Manning is showing that “she’s not going to change her mind.”

Furthermore, judicial oversight may prove to be the 31-year-old’s lifeline.

Assange Extradition Trial Scheduled for February, Will Justice Be Served?

However, Manning’s lawyers have yet to release any updates, leaving Gosztola to believe her motion has not progressed since.

Gosztola pointed out to Loud & Clear that the US government is operating within a conspiratory framework in order to hook a bigger fish: Julian Assange. That is, if the WikiLeaks co-founder is actually extradited from the UK.

“Their whole idea is that Julian Assange recruited Chelsea Manning to work for him and purloin and steal documents on behalf of WikiLeaks,” Gosztola pointed out, despite Manning saying, in a February 2013 statement to the judge, that she was an independent party in selecting and releasing the data. WikiLeaks merely acted as the publisher of said material, though Manning did attempt to contact other outlets such as the New York Times and the Washington Post.

Gosztola ended by clarifying that because the fines will have Manning listed as the one charged, the US judicial system does allow her to challenge their legality. “She might win and have a court decide this was unconstitutional.”