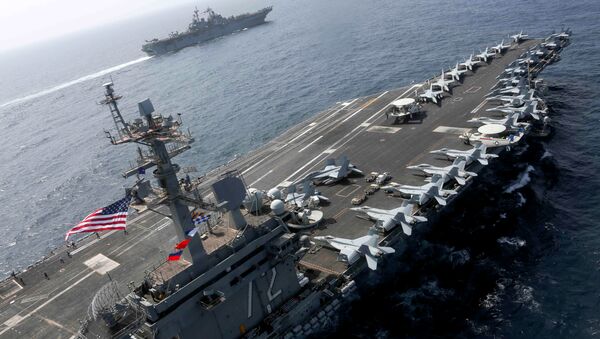 Tensions between Tehran and Washington are at their highest levels in years amid US claims that Iran was responsible for last week's sabotage attacks against two oil tankers in the Gulf of Oman. Iran has categorically rejected US charges.

In a speech broadcast by Iranian television on Tuesday, Salami said Iran's homegrown missile technology has changed the balance of power in the Middle East.

"These missiles can hit with great precision carriers at sea...They are domestically produced and are difficult to intercept and hit with other missiles," the commander said.

Salami did not specify which type of missile he was referring to.

His remarks follow last week's comments by Iran's air defence forces commander "warning the enemy" to stay as far away from Iran's borders as possible amid the spike in regional tensions.

Also on Tuesday, US Secretary of State Mike Pompeo said that the US would continue its 'pressure campaign' against Iran in a bid to "deter aggression," but added that the US isn't looking to start a war.

"President Trump does not want war and we will continue to communicate that message while doing the things that are necessary to protect American interests in the region," Pompeo said, speaking to reporters at the MacDill Air Force Base in Florida.

Iran has built up a vast arsenal of homegrown missile technology over the years, including the Sayyad 2 and Sayyad 3 mobile-range missiles, and a variety of surface to air and anti-ship missiles. Earlier this year, Tehran unveiled the Hoveyzeh heavy medium-range cruise missile at a defence exhibition. The weapon is said to have a reported range of over 1,350 km, giving it coverage of much of the Middle East, and is said to be capable of low-altitude flight, below most enemy radar. 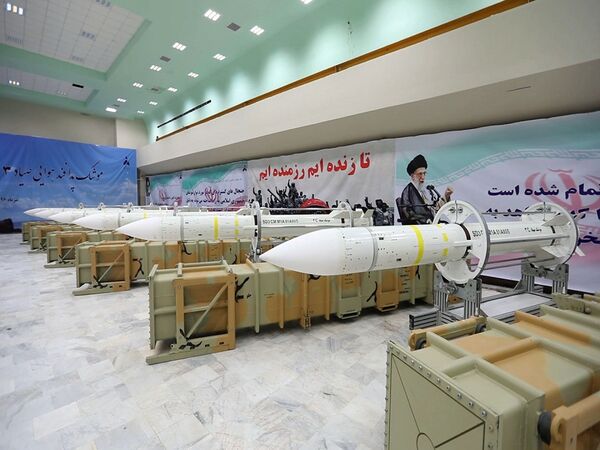 This picture released by the official website of the Iranian Defense Ministry on Saturday, July 22, 2017, shows Sayyad-3 air defense missiles during inauguration of its production line at an undisclosed location, Iran, according to official information released. Sayyad-3 is an upgrade to previous versions of the missile
© AP Photo / Iran Defense Ministry

Tensions between Iran and the US escalated to their highest level in years last week following an apparent sabotage attack against two tankers in the Gulf of Oman, just off Iran's coast. The US immediately rushed to blame Iran for the attacks, charging that the Islamic Republic was the only country with the resources and proficiency to act with such a high degree of sophistication. Tehran blasted Washington over its allegations, with Foreign Minister Mohammad Javad Zarif saying the US made its claims "without a shred of factual or [even] circumstantial evidence."

Major US allies Germany, France and Japan as well as Russia and China have urged restraint. On Tuesday, Chinese Foreign Minister Wang Yi warned that the US' decision to deploy 1,000 more troops to the Middle East against Iran over the tanker incident threatened to open a "Pandora's Box" of unintended and unpredictable consequences.

Iranian-US relations took a turn for the worse in May 2018, after the US unilaterally withdrew from the 2015 Iran nuclear deal and hit the country with tough energy and banking sanctions. In response, last month, on the one year anniversary of the US exit from the nuclear deal, Iran announced that it would withdraw from some of its voluntary commitments under the agreement. Tehran has stressed however that it has no intentions to pursue nuclear weapons.