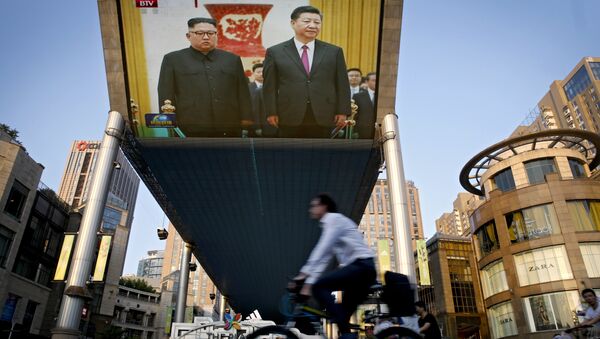 Chinese President Xi Jinping is expected to pay a 20-21 June state visit to North Korea, dates that mark the 70th anniversary of the establishment of diplomatic relations between the two countries. It will become the first such visit by a Chinese leader in over a decade.

In a front page op-ed in the North Korean state newspaper Rodong Sinmun, Xi said that China supports North Korea's "correct direction" in politically resolving diplomatic  issues on the Korean peninsula, stressing that "we will actively contribute to peace, stability, development and prosperity in the region by strengthening communication and coordination with the Democratic People's Republic of Korea", according to Reuters.

Xi will meet with North Korean leader Kim Jong Un during the latter's upcoming state visit to Pyongyang to discuss bilateral relations, as well as the situation on the Korean peninsula, according to the International Liaison Department Head of the Communist Party of China Central Committee, Song Tao, at a Tuesday news conference.

After a fruitless Hanoi meeting between Trump and Kim in February, denuclearization dialogue between Washington and Pyongyang reached a deadlock, with the US demanding that the DPRK completely dismantle its nuclear facilities in exchange for sanctions relief, and North Korea requesting that some restrictions be lifted beforehand.

In May, Pyongyang fired several "unidentified short-range projectiles," which flew 70-200 kilometers (43-124 miles), according to South Korea's Joint Chiefs of Staff (JCS). The Japanese government noted that no ballistic missiles were registered over its exclusive economic zone.

Following a second meeting between Kim and Trump, Pyongyang has refrained from further ballistic missile or nuclear tests.