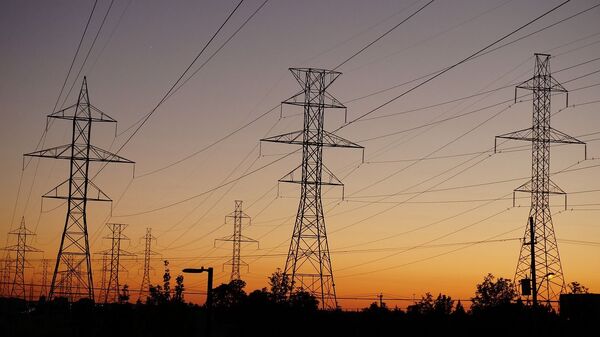 The New York Times’ bombshell story on the secret US cyberwar on Russia’s electrical grid should’ve been a headline-breaker, but instead the paper minimized its prominence. One expert told Sputnik it’s because the story vindicates every cyberattack claim made by countries under the US’ gunsights.

A Saturday story in the NYT revealed that US Cyber Command has been hard at work for the better part of a decade, penetrating Russia’s electrical grid since at least 2012. Since Donald Trump became US president in early 2017, those efforts have dramatically escalated.

“It has gotten far, far more aggressive over the past year,” a senior intelligence official told the Times. “We are doing things at a scale that we never contemplated a few years ago.”

Last year, CYBERCOM chief Gen. Paul Nakasone lamented to Congress that “they don’t fear us.” Well now, the US can shut down key Russian infrastructure functions at a moment’s notice.

“It’s 21st-century gunboat diplomacy,” Robert M. Chesney, a law professor at the University of Texas, told the Times. “We’re showing the adversary we can inflict serious costs without actually doing much. We used to park ships within sight of the shore. Now, perhaps, we get access to key systems like the electric grid.”

Dan Kovalik, a human rights and labor lawyer who is the author of the book “The Plot to Overthrow Venezuela: How the US is Orchestrating a Coup for Oil,” told Radio Sputnik’s Loud and Clear Monday that even if every single allegation made against Russia regarding the US 2016 elections is true, “it pales in comparison to this.”

“This isn’t surprising at all,” Kovalik said. “We have to remember the CIA has been carrying out all sorts of sabotage against other countries for many years. This is just another form of that. We know that they had engaged in some cyberattacks against Iran at one point, so it’s not surprising. And of course, it puts Venezuela’s recent claims that the US engaged in cyberwarfare against its electric grid in a different light. It seems to me that it gives a lot of credence to that.”

“Mr. Trump had not been briefed in any detail about the steps to place ‘implants’ — software code that can be used for surveillance or attack — inside the Russian grid,” two unnamed Trump officials told the NY Times [because] “he might countermand it.”

The revelation is especially worrisome given the news that Trump apparently remained unaware of the operation, as officials were reluctant to seek approval of something from the chief of state that he might shoot down. However, the Times also notes the existence of a still-classified document known as Memoranda 13, which gives Nakasone considerable leeway to conduct offensive cyber operations without presidential approval.

Despite this, NATO defines cyberwar as war - Nakasone is a three-star general, after all, and alliances such as that between the US and Japan recognize cyberattacks as triggering their defensive obligations just the same as a physical attack.

"What would you and your family do?" @maddow is just part of the US hysteria over Russian hackers' supposed ability or attempts to sabotage the US power grid. But NYT just admitted @US_CYBERCOM has put "landmines" that can cripple the Russian grid because "they don't fear us." pic.twitter.com/cwgylOEWFA

​“To not tell the president that, hey, we could be triggering a major nuclear war” by carrying out cyberattacks against a nuclear power “is just incredible and unconscionable - and again, quite ironic, given that it was Trump who was claimed to be the treasonous one, dealing with Russia,” Kovalik noted. “All the while, his own Defense Department was going behind his back, again, to possibly start a major military confrontation - everyone should be just quite upset about this.”

“We’re at war with the entire world right now, is the truth of it,” Kovalik frankly told hosts Brian Becker and John Kiriakou, who agreed with him. “People should be in the streets protesting it.”

Yet despite the outrageous implications, the Times’ story wasn’t featured as a major headline breaker, but rather as a minor one placed below the fold.