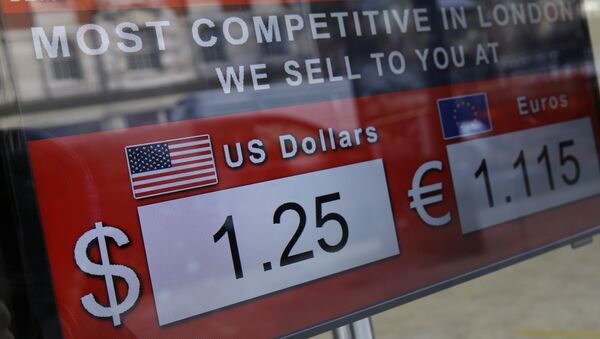 Economists from the British Chambers of Commerce paint a bleak picture of UK economic growth and investment after a possible no-deal Brexit, while a KPMG survey of corporate CEOs reveals a high level of optimism spread across the UK's private sector.

Kristian Rouz – As former London Mayor and UK Foreign Secretary Boris Johnson holds a solid lead in the ongoing race for the next Prime Minister, the business community expressed contradictory assessments of the future of the UK economy. Johnson says the UK could leave the EU without a deal this year, adding uncertainty to the nation's investment outlook.

According to a new report from the British Chambers of Commerce (BCC), a 'no deal' Brexit would hurt UK investment this year. BCC experts believe recovery from the consequences of such a scenario would be slow and gradual for the years to come.

According to Johnson, should he become the new Prime Minister, the UK will leave the EU on 31 October 2019 regardless of the outcome of a possible new round of talks with Europe. He says, however, leaving with a deal would be a preferable option, but the deal that's currently on the table will not do.

We can get Brexit done and we can win. We can unite our country and our society.

In this light, BCC analysts say UK investment could drop to its slowest in a decade closer to the end of this year. The last two months of this year, experts say, could, therefore, become the most turbulent period for UK investment.

Some experts say the odds of a "hard Brexit" have now risen to as high as 60 per cent – up from roughly 30 per cent earlier this year.

"A messy and disorderly exit from the EU remains the main downside risk to the UK’s economic outlook as the disruption caused would increase the likelihood of the UK's weak growth trajectory translating into a more pronounced deterioration in economic conditions", BCC experts wrote.

Many outside experts agree the main risk posed by "hard Brexit" is a high degree of uncertainty in the immediate aftermath of such an event. For example, it remains unclear if the EU would impose tariffs and duties on the British imports and exports, and how the cross-Channel movement of people and capitals would be regulated.

Experts believe the UK is insufficiently prepared for a "no-deal" divorce, despite Johnson having said that Britain must actively prepare now for the least desirable outcome.

However, some experts disagree with the BCC's assessments of the "no deal" scenario. According to a survey of 1,300 corporate chief executives from the world's 11 biggest economies, roughly half of  British CEOs say they remain optimistic of economic growth in the UK and worldwide even in the event of a "no deal" Brexit.

One of the most striking pieces of insight to come from KPMG's latest UK #CEOoutlook is that CEOs from the US are more likely to invest in the UK than UK CEOs themselves — a fascinating and timely read during #Brexit uncertainty. https://t.co/PHJSndoxGA

​The survey was conducted by the US-based advisory services enterprise KPMG and has unexpectedly revealed that American investors appear to have a high interest in the British market.

"These are testing times for chief executives in the UK", KPMG Chairman and Senior Partner Bill Michael said. "CEO's are resilient – there is life after Brexit. They are optimistic about their own organisation’s prospects, the prospects for future economic growth in this country and the contribution they can make".

Nonetheless, BCC experts – who have taken a mildly pro-Remain stance ever since the divorce process was launched in 2016 – say they expect the British economy to grow 1.3 per cent this year (compared to the previously forecast 1.2 per cent).

Johnson, however, doesn't believe the UK economy will slow down. He touts his highly-acclaimed handling of the London economy earlier this decade and says there is no reason British growth should break if he becomes Prime Minister.