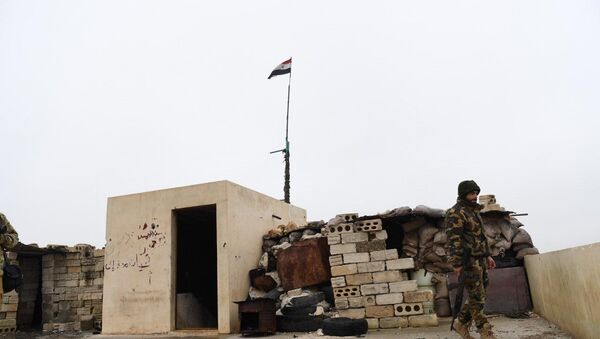 “The Kudehi settlement in Aleppo province was subjected to mortar fire from the positions of militants of the Hayat Tahrir al-Sham terrorist group [former Jabhat al-Nusra, banned in Russia]... As a result of the shelling, 11 civilians were killed and 15 wounded," Bakin said.

Earlier in the day it was reported that 12 people were killed and 15 injured following an attack against a village in the Syrian province of Aleppo. At the time, a source in the local police force said that the attack killed a Syrian serviceman and injured several women and children. The attack also caused significant property damage.

Syria has been mired in a civil war since 2011, with government forces fighting numerous opposition groups as well as militant and terrorist organizations.

In late April, terrorists increased attacks on the Syrian provinces of Hama, Aleppo and Latakia, also attempting to attack Syrian army positions in the region. Government forces responded by intensifying attacks on the terrorists remaining in Idlib. Last week, Russia initiated an agreement on the full cessation of hostilities in the Idlib de-escalation zone.