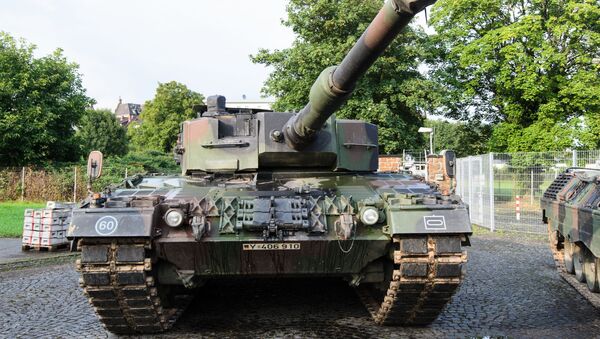 A German-made Leopard 2A4 battle tank shown in the video weighs about 136,000 pounds, has 1,479 horsepower engines and reportedly belongs to the 14th Panzer Battalion of the Austrian Army's 6th Tank Company.

The tank's top speed in the video was about 45 mph, according to The Drive outlet and it's seen on the video. The military vehicle didn't slow down while approaching the sedan, though went airborne on impact.

According to other videos, the same tank also smashed a PT Cruiser and station wagon during the competition.