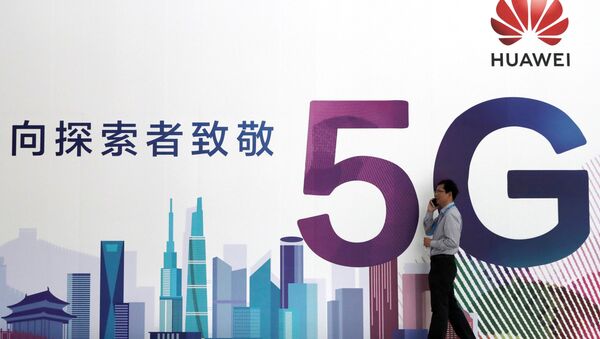 Ekaterina Blinova
All materialsWrite to the author
The future of the US-China trade deal is hanging in the balance amid simmering trade frictions between the countries and Washington's crackdown against Chinese telecom giant Huawei. Tom McGregor, a Beijing-based journalist and political analyst, has shed light on the US-China stalemate and Trump's anti-Huawei crusade.

Despite growing pressure from the Trump administration, the Chinese government and the country's major technological giants are by no means willing to give in.

On 13 June, Andrew Williamson, vice president of Huawei Technologies Co Ltd.'s public affairs and communication, signalled that the Chinese telecom company is mulling over a potential transfer from Android to its own "Hongmeng" operating system (OS) in the aftermath of Donald Trump's ban on Chinese hi-tech firms introduced on 16 May.

"Huawei is in the process of potentially launching a replacement. It's not something Huawei wants. We're very happy of being part of the Android family, but Hongmeng is being tested, mostly in China", Williamson noted, adding that in case trade frictions escalate, the Hongmeng OS would be ready to be launched "in months".

Meanwhile, The New York Times reported that Beijing has warned US tech giants and some other foreign producers operating in China against obeying Trump's ban. The alleged move came after the Chinese leadership announced that it would create its own "black list" of "non-reliable" foreign companies.

Beijing's actions are largely seen as a response to Washington's anti-Huawei crusade that has been gaining steam since 2018. The US is accusing the telecom giant of collaborating with the Chinese government and spying on its customers on behalf of Beijing, something that Huawei vehemently denies.

"Is Huawei really guilty of making spy phones? And if so, what about Apple or Samsung? If Huawei can manufacture smart phones with backdoor devices, what is stopping Apple or Samsung from doing the same?" McGregor, a Beijing-based political analyst and senior editor for China's national broadcaster CCTV, asked rhetorically.

The same question was addressed to Apple and Google in July 2018 by US lawmakers, who suggested that iOS and Android smartphones might be tracking their users and "listening" in to what they are talking about. The two companies denied the assumptions.

"Recent reports have also suggested that smartphone devices can, and in some instances, do, collect ‘non-triggered' audio data from users' conversations near a smartphone in order to hear a ‘trigger' phrase, such as ‘okay Google' or ‘hey Siri'", one of the letters said.

Earlier, in June 2013, The Guardian broke that the US National Security Agency (NSA) had direct access to the systems of Google, Facebook, Apple, and some other tech companies. This NSA secret programme, codenamed Prism, allowed the US intelligence community to collect vast amounts of data on Americans and foreign citizens. Being exposed by former intelligence contractor Edward Snowden in 2013, Prism was launched in 2007 in the wake of the passage of the Protect America Act under the administration of George W. Bush. 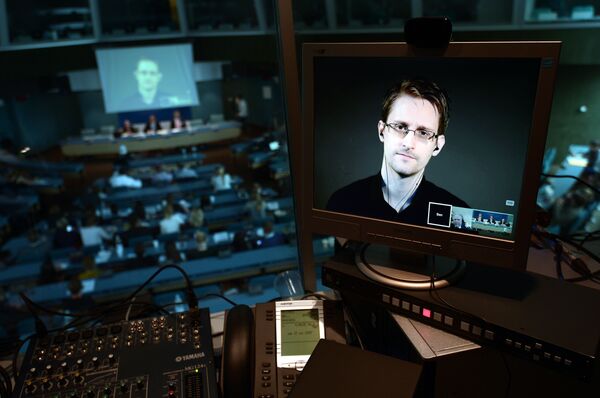 McGregor drew attention to the fact that, for its part, Washington had failed to present any credible evidence to confirm its claims that Huawei was gathering surveillance on its customers.

"Instead, Washington is asking Beijing what they can deliver to the US in return for Trump to scrap the Huawei ban. It's doubtful anyone, including White House officials, believes that Huawei is making 'Made for PLA' phones", the political analyst noted.

On 11 June, Huawei's US security chief Andy Purdy told FOX Business' Maria Bartiromo that the Trump administration is free to investigate the company to dispel its security concerns.

"I'd be very much open to trying to arrange such a conversation and such a visit by the United States government", Purdy underscored.

On 10 June, Reuters revealed that some American and South Korean tech firms, including Chipmakers Intel Corp, Qualcomm Inc., InterDigital Wireless Inc., and South Korean carrier LG Uplus, had prohibited their employees from informal conversations with Huawei staffers on technological issues. Earlier, Google blocked Huawei's access to its Android application updates, although the US introduced a 90-day waiver for American producers involved in business with the Chinese telecom company.

In response to the US ban, Huawei filed a motion in a US court on 28 May challenging the Trump administration's decision as "unconstitutional". 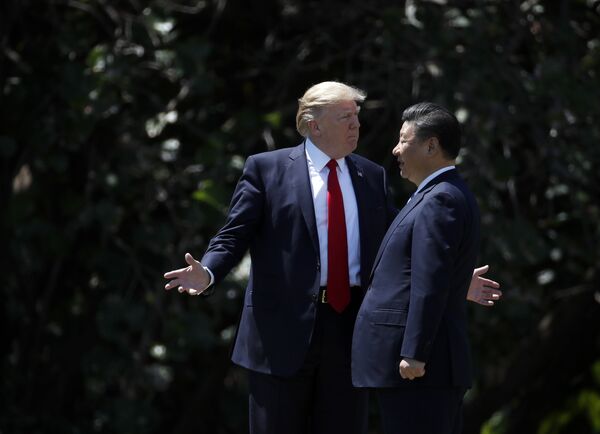 Apart from the controversy simmering around Huawei, Donald Trump is continuing to issue threats to China ahead of the 28-29 June G20 summit in Osaka. The US president has vowed to slap tariffs on another $300 billion of Chinese goods if his Chinese counterpart Xi Jinping refuses to meet him at the G20 summit.

However, expectations for talks between Trump and Xi remain low due to a lack of preparatory work for the meeting in Washington and Beijing, according to Reuters.

According to McGregor, Trump's tariff threat was largely "overread" by the mainstream media. He believes that Xi and Trump will meet at G20 and there will be no need for the US president to deliver on his harsh promise to slap new import duties on China.

"Trump is not failing in negotiations with the Chinese", argues the CCTV editor. "He decided that [the] current deal in play is not something he supports, so he raised tariffs on Chinese imports last month, knowing full well President Xi would not beg for surrender terms".

McGregor opined that the problem is that neither Washington nor Beijing feels that the proposed trade agreement would become a win-win solution for both sides. According to the political analyst, Trump wants to look like a winner and therefore he may "remain stubborn for months" or even longer to come out on top.

The real trade war began 30 years ago, and we lost. This is a bright new Age, the Age of Enlightenment. We don’t lose anymore! https://t.co/5ECmBpsI6D

​At the current stage of the trade war the US has the upper hand because Beijing has more to lose, as the US still remains the world's largest importer, the CCTV editor said. If Beijing was at an advantage, "it would have ignored President Trump and that's not happening", he suggested.

"Washington reserves the right to dictate trade terms", the CCTV editor elaborated. "Sounds unfair, but not really, American consumers have made China very wealthy for the past 30 years and now Trump wants to shift the mandate with an 'America First' policy".

Nevertheless, Beijing continues to impose tit-for-tat measures in response to Trump's pressure. Following the Trump administration's tariff hike in May, Beijing retaliated with up to 25 percent import duties on $60 billion of US products, which came into force on 1 June.

At the same time, despite gloomy predictions, China's exports to the US rebounded in May, rising 1.1 percent from a year earlier. Previously, Reuters' polls forecast a 3.8 percent drop in China's exports in May after a 2.7 percent slump in April. Citing trade analysts, the media outlet predicted that China's export growth would remain positive in June.