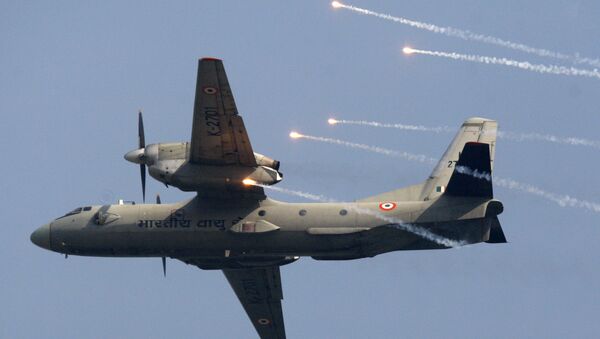 © AP Photo / Mustafa Quraishi
Subscribe
The news comes after earlier this month an AN-32 military plane went missing in Arunachal Pradesh near the border with China. The wreckage of the aircraft was finally found this week, with the rescue team finding no survivors in the crash.

"The effort will be to assign most of those tasks to the C295 medium transport aircraft that we are buying. They have higher safety margins", a source, who is familiar with the IAF's modernisation, told the newspaper.

According to another official, the Indian Defence Ministry has concluded price negotiations for 56 C-295 transports that may replace Avro 748 aircraft, as well as some AN-32.

He added that Airbus is expected to supply the first 16 aircraft in "flyaway condition" while the remaining 40 will be assembled in India by Tata Advanced Systems Limited (TASL).

"After the DAC's clearance, the C295 purchase will be sent to the Cabinet Committee on Security for approval. The contract is likely to be awarded by the year-end. While the C295 is a replacement for Avro, it will conduct some of the critical duties currently assigned to AN-32s", according to a third IAF source.

At the moment, the IAF has a huge operating fleet of about 100 AN-32s. Despite the modernisation of the aircraft, there have been 55 accidents with the planes during the last decade.

The last catastrophe occurred on 3 June, when a plane with 13 people on board went missing soon after its departure from Jorhat. Its debris was found 8 days after the An-32 went off the radar.