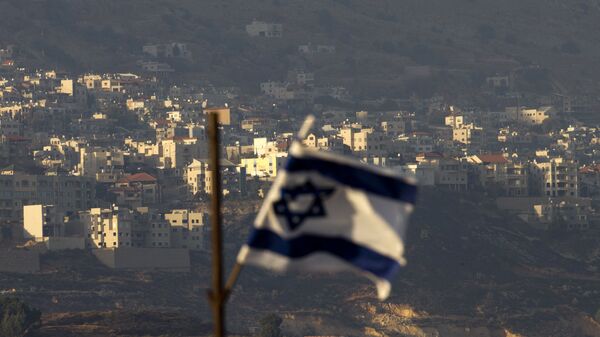 In what could have been the name of a reality show about before 45’s political years, Israel’s cabinet will weigh whether or not to name a community in the Golan Heights “Trump Heights.”

According to the Times of Israel, Israeli Cabinet Minister Zvi Hauser notified other ministers of a cabinet resolution to be approved on Sunday that will designate a town in the Israeli-occupied Golan Heights with the name “Ramat Trump” - Trump Heights - in a gesture of gratitude toward the US president, who has backed Israel’s claims of sovereignty over both the Golan and Jerusalem.

Ramat Trump will be close to the existing town of Kela Alon and fall under the jurisdiction of the Golan Regional Council, according to the Times of Israel. The Jerusalem Post noted the town will be in a location previously planned to become the town of Beruchim, but successive efforts to establish a town there since its 1991 approval have so far failed.

Ramat Trump will be a mixed secular-religious settlement that will initially be home to 120 families, the Post reported.

While Israeli Prime Minister Benjamin Netanyahu was visiting the White House on March 25, Trump signed a proclamation recognizing Israel’s claim to sovereignty over the Golan Heights. Shortly thereafter, Netanyahu began moves to found a town in the territory and name it after Trump, Sputnik reported.

However, it doesn’t seem the Israeli cabinet took any of the Twitterverse’s naming ideas into consideration.

A highland region between the Sea of Galilee and the colossal Mount Hermon known for both its agricultural fertility and strategic vantage point over plains sloping into both Syria and Israel, Israel seized the Golan from Syria in the 1967 Arab-Israeli War. Of the roughly 130,000 inhabitants of the territory before the Israeli seizure, only 7,000 did not flee before the Israeli army. Israeli settlers began founding new towns or occupying old ones shortly thereafter, and today there are roughly 22,000 people in the Golan, living in 32 settlements, according to the Israel Central Bureau of Statistics.