Professor: 'Twitter Is Far More Hostile Environment for Jihadist Groups than 5- 6 Years Ago' 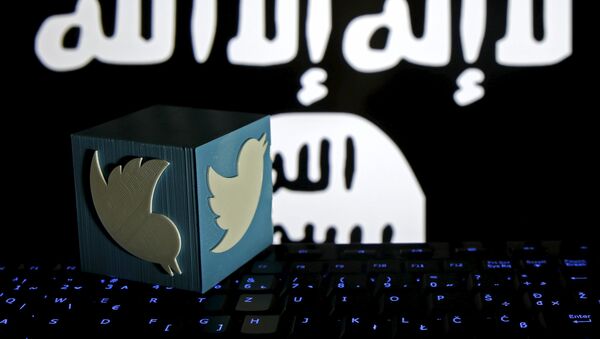 Twitter senior executive Vijaya Gadde has admitted that the platform is helping to fuel radicalism but nevertheless has upped efforts to fight extremism following attacks such as the Christchurch mosque shootings.

Speaking at the Code Conference in Scottsdale, Arizona on Monday, Gadde also said Twitter has taken down 1.6 million accounts related to terrorism.

Vijaya Gadde, who's Twitter's lead counsel and oversees the company's policy in the field of safety, said that “there is content on Twitter and every platform that contributes to radicalization, no doubt, but I think we also have a lot of mechanisms and policies in place that we enforce very effectively that combat this.”

“Twitter, in particular, have been active for many years in suspending accounts that contain extremist content. Extremists, in particular, extremist groups are adept at getting around this by setting up other accounts using a wide variety of email accounts,” Dr David Lowe, a senior research fellow at Leeds Beckett University’s Law School who runs a consultancy business in terrorism and security said.

“Facebook and YouTube have been less effective in suspending accounts and removing extremist content, but the attacks in Christchurch in March 2019 has brought to a head that all social media sites must take greater responsibility,” Lowe added.

Facebook came under fire in March when a gunman live-streamed attacks on Facebook in a New Zealand mosque, where 51 people died. The company executives took two weeks to issue any statement and were called upon to introduce more restrictions on live streaming.

“This means not relying solely on algorithms but in employing more human eyes monitoring content. There are certain accounts that special media sites will be aware of that are close to violating their policies on violent and offensive content that amounts to extremist thought and those human eyes should be monitoring these sites, especially where there are live feeds and take them down immediately.” Lowe explained.

But despite the efforts, Lowe says that social media is still a means for extremist and terrorist groups not just to spread their narrative and cause, but recruit more people or at least develop sympathy for their cause.

Social Media Platforms Have Duty Not to Promote Terrorism - Author
Stuart Macdonald, cyber-terrorism expert and professor of law at Swansea University said that a study he took part in showed that Daesh has moved its activities to other smaller platforms as it tries to bypass restrictions:

“Twitter is a far more hostile environment for violent jihadist groups today than 5 or 6 years ago. [...] In our study of IS's [Islamic State - Daesh] attempts to disseminate its online magazine via Twitter, we found that its primary tactic was to host the magazine on smaller platforms and then post tweets that signposted users to these other platforms. In some instances, this strategy was quite sophisticated and drew on botnet activity.”

Twitter's response to this activity was quick and effective, the cyber-terrorism expert noted, but work needs to be done to combat extremists' presence on other platforms that have far less regulations.

Another issue that Macdonald pointed out is that Twitter's response to Daesh was much stronger than to other groups:

“Other studies have also found that Twitter's response to other jihadist groups is less effective, with groups other than IS [Daesh] managing to maintain more of a presence before being suspended.”

It's becoming more and more clear that online extremism is a global issue, but according to Lowe, social media companies face the problem of differentiating between what is legitimate political commentary and constitutes the right of freedom of expression and what posts are extremist and spread hate.

“For social media companies this is problematic to measure content globally and if states do get together and draw up a comparable definition of hate crime this would act as a baseline to help these companies determine what is extremist content that should be removed and accounts suspended. One means of differentiating between legitimate political commentary that may appear offensive or heretical but legitimate, [as opposed] to that which is extremist, is examining if that content glorifies or encourages violence in the name of the extremists’ cause. Where it is the latter that is clearly not acceptable and the content be removed and accounts be suspended,” Lowe concluded.