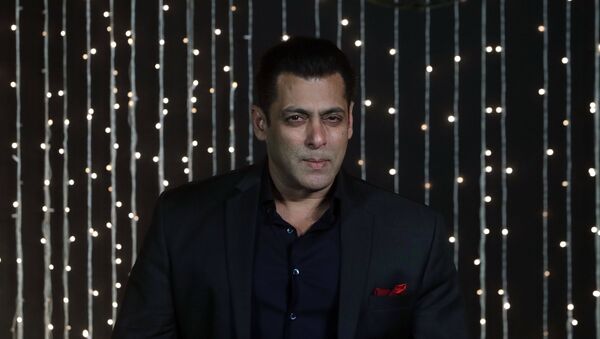 The superstar, along with co-actress Katrina Kaif, is enjoying the success of the recent Indo-Pak partition film “Bharat”. The two met with survivors of the 1947 partition and their families

The superstar on Wednesday hosted a felicitation ceremony along with a special screening of his film "Bharat" for the survivors of that inexplicable mayhem. A separate country, "Pakistan", was created out of India based on religious lines, separating Hindu and Muslim families on either side of the divide in 1947. The division led to riots between members of the two communities.

Salman's event, held in collaboration with the 1947 Partition Archive organisation, to felicitate those families was hailed by the Twitterati.

@BeingSalmanKhan & #KatrinaKaif Salute the Families Who Experienced the Events of 1947 Partition, Posts a Picture from #Bharat Special Screening ✨🤗🎬
Here it is 👉: https://t.co/xuSyIXK4aI pic.twitter.com/ewH3yOD3p8

Salman posted a photograph on Twitter along with a couple of elderly survivors and their children, captioning it with "Honoured to meet all of them!"

Special screening of #Bharat for the real families who experienced the events of 1947 and the partition. Honoured to meet all of them! Salute to the real #Bharat families pic.twitter.com/sThayWsMZr

Thank you @1947Partition for getting us to meet so many families who shared their experiences and memories. @Bharat_TheFilm #katrinakaif pic.twitter.com/cqlD6ARAGp

His gesture overwhelmed netizens, who praised the superstar for his caring gesture.

My father is a child of partition and a retd military general. The stories in bharat are stories of my father's life and others. Thank you for showcasing this subject.

​Great job on Bharat. It is very important to show new generation on how families survive with the partition.

Love You Till My Last Breath Salman ❤️ pic.twitter.com/gHU4vKUgR8

The 1947 Indian partition is believed to have displaced around 12 million people on religious lines between the two newly formed countries.