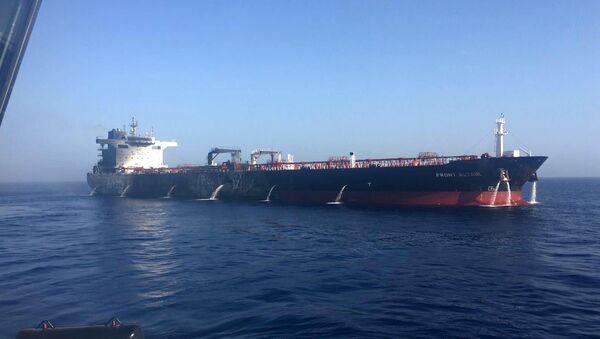 © REUTERS / Frontline/NTB Scanpix
Subscribe
International
India
Africa
Earlier, US President Donald Trump accused Iran of attacking tankers sailing through the Gulf of Oman, claiming that a video released by the US military provides proof of it. Tehran has denied all the accusations and called on the US to stop carrying out false flag operations in the region.

Yutaka Katada, the president of the Japanese company operating the Kokuka Courageous tanker, which was hit by an explosion in the Gulf of Oman damaging its hull, has refuted the US version of events in comments to the Japanese media, saying that the ship's crew saw a flying object ahead of the blast.

The testimonies of the Kokuka Courageous crew, cited by Katada, come as a blow to US claims that Iran was responsible for the incident - accusations allegedly supported by a video. The footage, released by CENTCOM, purportedly shows how an Iranian Revolutionary Guard Corps boat approached one of the ships and removed an unexploded mine from its hull.

Iran has denied involvement in the "attack" on the tankers in the Gulf of Oman, slamming the US and its allies for trying to shift the blame onto the Islamic Republic. What is more, Iranian vessels have evacuated 44 crew members from the ships and taken them to the port of Jask until the tankers are determined to be safe. 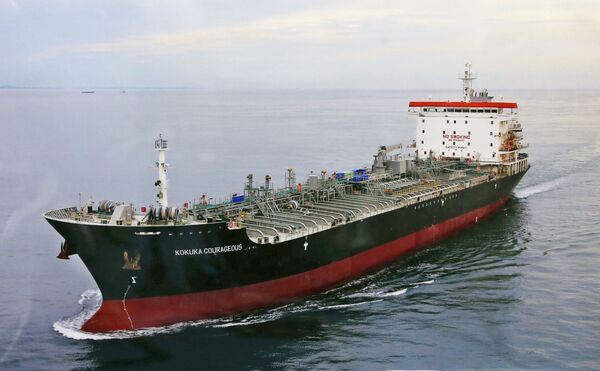 A picture of the Kokuka Courageous, one of two that were hit in suspected attacks in the Gulf of Oman, is displayed during a news conference by the ship owner Kokuka Sangyo Ltd. at the company office in Tokyo, Japan June 13, 2019, in in this photo released by Kyodo
© REUTERS / KYODO Kyodo

The incident follows another episode in May, when four tankers were damaged near a UAE port allegedly as a result of explosions. While Abu Dhabi dubbed the incident an "act of sabotage", the US has outright accused Iran of being behind it. Tehran has denied the accusations.