5G Likely to Be Bifurcated Into US and Chinese Networks - Scholar 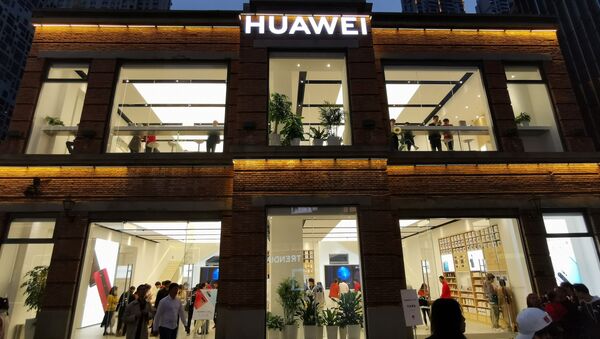 The move comes after the US blacklisted the Chinese telecoms giant on 16 May over security concerns, effectively banning it from doing business with American companies.

Intel and Qualcomm said they have provided compliance instructions to employees, but declined to comment on them further.

Steven White, associate professor at the Department of Innovation, Entrepreneurship and Strategy at the Tsinghua University School of Economics and Management, China, said that he understands why US-based or US-listed companies are taking extra precautions, as there are risks they face as public companies:

“First, they have no idea where the Trump Administration may take this, and one possibility is that they somehow blacklist Huawei formally and also impose some form of ban or penalty on firms that do business with them. This is compounded by the potential for shareholder lawsuits — top management may be blamed for negligence if they did not take steps to reduce such a risk”.

While Dr Stephen Nagy, a senior associate professor of international relations at Tokyo's International Christian University shared these views, saying it's just a way for the firms to protect their business in times of uncertainty:

“I think that these tech companies are interrelated through shared supply chains and many of the electronic and digital aspects that go into their system overlap with Huawei. So right now they are trying to position themselves in terms of protecting their industry, trying to see if the Trump administration’s tactics [with] Huawei and China are related to pressing [a] trade agreement moving forward or if it is a part of a broader strategy to slow down or potentially handicap China’s technological development”.

Last month, US tech giants Google and Microsoft cut ties with the Chinese firm. Google has restricted Huawei from some updates to the Android operating system, meaning that all its future devices will lose access to Google services, including Gmail, YouTube, and the Google Play Store. Some reports suggest that this has forced Huawei, which uses Google's Android mobile operating system for its phones, to launch its own operating system and to trademark its name “Hongmeng” in several countries.

This week, in its latest efforts to fight the US Department of Commerce and the US Federal Communications Commission (FCC) ban, Huawei objected to it through an ex parte memo to the US FCC.

“While Huawei does not agree with the view that Chinese companies pose a threat simply because they are Chinese, Huawei agrees that threats to network security do exist, and should be addressed comprehensively through a holistic approach to supply chain security, not through a vendor-to-vendor approach”, the memo said.

The Chinese firm also filed a lawsuit in a US court in Texas at the end of May, asking for the decision of US authorities to add it to a trade blacklist to be reconsidered.

Despite all the ongoing troubles, Huawei has already signed more than 40 commercial 5G deals: 25 in Europe, 10 in the Middle East, six in Asia, and won't give up on its plans to launch 5G mobile networks.

“Right now what we are looking at is that the 5G technology network is likely going to be bifurcated into an open US-led network and potentially a closed Chinese network that will have cooperation. At this stage, it looks like Russia is also going to be included in [the] Chinese network. Then what this means is that businesses will have to duplicate some of their functions so that they can negotiate an open network that is supported by the United States and its partners and friends”, Nagy said.

According to the Tokyo International Christian University scholar, the absence of cooperation in the field of 5G technology will increase the cost of doing business and will shorten supply chains so business will be less profitable and the cost of tech goods will grow, directly affecting consumers.

White, in his turn, explained that it's important that key 5G technology standards are agreed upon because 5G also means global interconnectedness:

“Jointly developing and applying standards has been critical to implementing new technologies and generations in telecommunications, and has also benefited businesses by reducing technological/standards uncertainty and risk. The difference this time is that 5G will power a vast increase in interconnectedness — not just phones and computers, but all of our devices through sensors, etc. Therefore, control over the standards, deployment and system integrity has much greater financial and, potentially, security implications”.