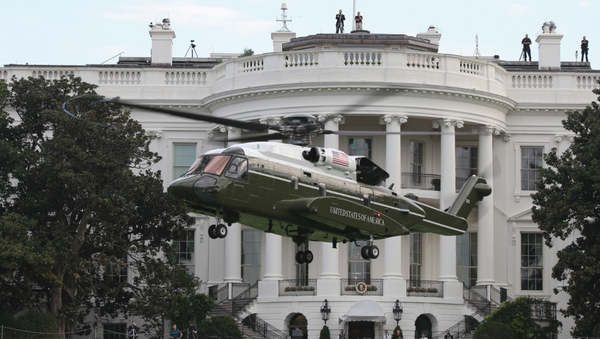 The US Navy awarded Sikorsky, a Lockheed Martin subsidiary, a $542 million contract on Monday to build six new VH-92A helicopters to transport the American president and their respective staff.

The contract from Naval Air Systems Command will also see the delivery of spare parts and support equipment required for the choppers, which will ultimately replace the current VH-3D and VH-60B helicopters in use by the US administration.

“The team has efficiently leveraged a proven platform with cutting edge government mission systems for rapid agile development of the next helicopters to fly Presidential missions,” James Geurts, assistant secretary of the Navy for research, development and acquisition, said in a statement.

“Optimizing commercial practices, the VH-92A will provide safe, reliable and timely transportation with mission-critical communications that will support the security of our nation. I am proud of the combined government and contractor team who has worked so hard to transition this program into initial production and did so at over $1 billion less than the program’s cost baseline.”

Two such choppers are already in testing, and the US Marine Corps is expected to order an additional 15, bringing the total to 23 ordered helicopters, according to Popular Mechanics, which noted that said aircraft will be manned by Marine squadron HMX-1.

Additionally, the outlet noted that the choppers will be “fitted with executive suite furnishings, allowing the President to ride in style,” and that “under the skin it will be one of the most technologically advanced helicopters in US military service.”

A press release issued by the Navy earlier this week indicates that the aircraft will “provide enhanced crew coordination systems and communications capabilities, plus improve availability and maintainability.”

Col. Eric Ropella, PMA-274 presidential helicopter program manager, said in a statement that the contract “is an example of acquisition done right.”

“The authorization to exercise the program’s first Low-Rate Initial Production lot is a testament to the hard work and dedication from the team to deliver this important asset on budget and within the planned acquisition timeline.”

Officials expect the ordered choppers to reach Initial Operational Capability status by late 2020. According to USNI News, production should be complete sometime in 2023.

This latest venture comes after the White House confirmed in July 2018 that it had awarded a $3.9 billion contract to Boeing to “design, modify, test, certify and deliver” two flight-ready 747-8 Air Force One replacement planes. Earlier this year, the Trump administration published new estimates, suggesting that the total cost of purchasing and outfitting the new aircraft would amount to roughly $5.3 billion.