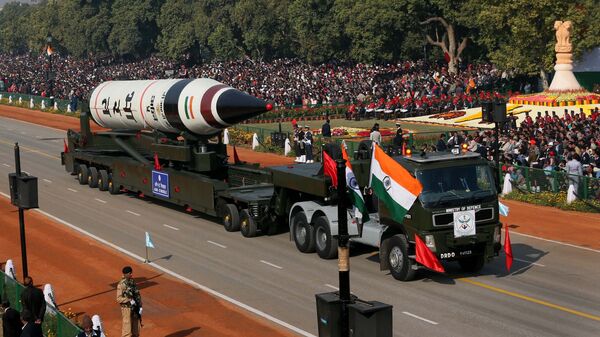 It was believed that the prototype of the HSTDV has been ready for the last few years but the previous government was reluctant to give the go ahead for its maiden test flight, as it may have geopolitical ramifications.

New Delhi (Sputnik): In a significant development, India's state-funded Defence Research Development Organisation (DRDO) has conducted its first test of the Hypersonic Technology Demonstrator Vehicle (HSTDV) that will pave the way for the development of a hypersonic cruise missile which will have a speed of over Mach 6.5.

It will have multiple civilian applications, including the launching of low-cost satellite and long-range cruise missile. The HSTDV test has been conducted within three months of anti-satellite missile test ‘Mission Shakti' from a defence test facility in the Indian coastal state of Odisha.

The HSTDV was mounted on an Agni series missile and launched in the presence of Indian Defence Minister Rajnath Singh. "Data generated during the mission are being analysed," the source added.

On 27 March, Indian Prime Minister Narendra Modi announced the first ever test of anti-satellite missile which had successfully engaged an Indian orbiting target satellite in Low Earth Orbit (LEO) in ‘Hit to Kill' mode. The test demonstrated India's "capability to defend its assets in outer space", he asserted.