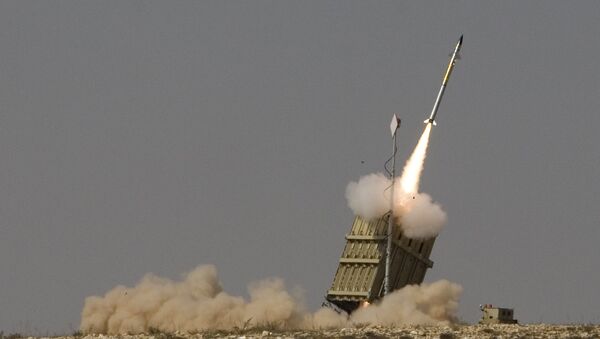 The projectile triggered sirens in the city of Nirim, east of the Gaza Strip, in the minutes after midnight on Thursday, the Times of Israel reported. A community spokesperson confirmed there was no damage or injury caused by the attack.

"One launch was detected from the Gaza Strip toward Israeli territory. It was intercepted by Iron Dome soldiers," the IDF said in a statement.

The missile attack follows an announcement by Tel Aviv that it would be completely closing off sea access to Gaza. That decision itself follows the interception last week of two boats bound for Egypt from the strip that the IDF said were engaged in smuggling rocket parts into the self-governing area, Sputnik reported.

On Wednesday, another rocket landed in a cemetery in the city of Ashdod, to the north of Gaza, but did not explode.

Arutz Sheva reported recently that Israel was upgrading its air raid system to be city-specific.