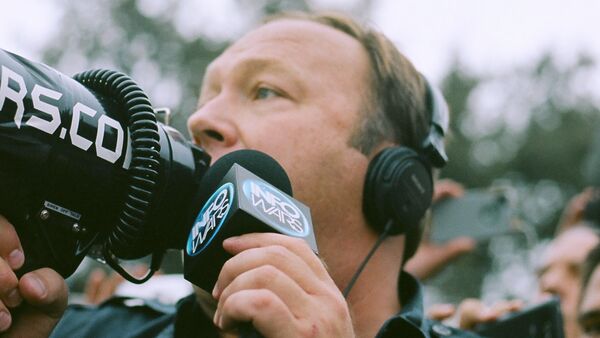 Furie sued the website after it used Pepe on a ‘MAGA’ poster during the 2016 US presidential election. The poster depicted Pepe hovering over Alex Jones himself and a group of personalities including Roger Stone, Infowars' own Paul Joseph Watson, and Donald Trump.

Alex Jones has agreed to settle with Pepe the Frog creator Matt Furie over his website's use of the Pepe image. They were set to go on trial next month in Los Angeles, but Infowars agreed to pay $15,000 on Monday.

Infowars said it planned to "free Pepe once and for all," in reference Furie’s consistent disdain for the initially innocent image’s use as a right-wing meme, but decided to concede rather than “face trial and lose,” said Lois Tompros, one of Furie’s lawyers.

“If anyone thinks they can make money selling unauthorized Pepe merchandise, they’re wrong. Mr. Furie will continue to enforce his copyrights, particularly against anyone trying to profit by associating Pepe with hateful images or ideas.”

InfoWars Founder Alex Jones Joins Garland & Lee for an EXCLUSIVE Interview
Furie’s irritation with the appropriation of Pepe goes back to August 2017, when a Texas school administrator released a children's story starring Pepe called  “The Adventures of Pepe and Pede," which contained anti-Muslim messages. The author received a publishing deal with Post Hill Press. Furie managed to stop the publication and diverted profits from its sale to the Council on American-Islamic relations.

Wilmer Cutler Pickering Hale and Dorr, the law firm representing Furie sent numerous cease and desist letters and a Digital Millennium Copyright Act notice, but Infowars refused to stop poster sales. What followed was a direct lawsuit between Furie against Infowars, of which Jones fought on the grounds that memes were for everyone and that Furie had already abandoned his ownership of Pepe the Frog.

Infowars did not directly respond, but posted an article responding to the settlement: “Happy to announce the folks suing Infowars over Pepe the Frog have agreed to settle, and accept a licensing fee of $15,000. We were originally sued for millions. Some people thought we wouldn’t fight the case. We did. We would only pay an honest licensing fee, and nothing more.”

According to Furie’s legal team, the settlement also bans Infowars from selling any other merchandise featuring Pepe and requires the site to destroy any remaining Pepe posters.

In an attempt to signal his distaste for how Pepe had been used, the author killed his own creation in 2017.