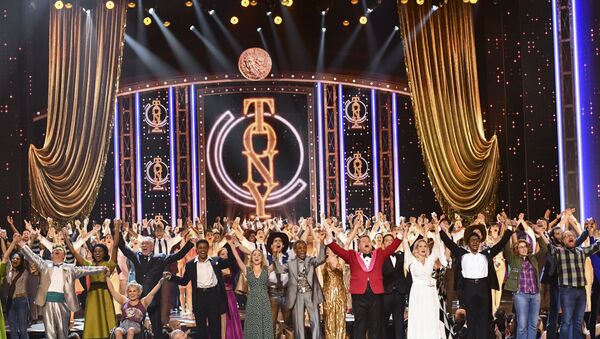 Subscribe
The 73rd annual ceremony of the Tony Awards or the Antoinette Perry Award for Excellence in Broadway Theatre kicked off Sunday night in New York at Radio City Music Hall to celebrate the best performances of the year.

James Corden, the “Late Night Show” anchor hosts the ceremony this year. Corden is a Tony Award winner himself. He received the award for Best Performance by a Leading Actor in a Play back in 2012 for his performance in "One Man, Two Guvnors".

The first Tony Award of the night has gone to Celia Keenan-Bolger, a first-time winner. Keenan-Bolger won the award for best performance by an actress in a featured role in a play for playing the girl Scout in a stage adaptation of Harper Lee's classic novel "To Kill a Mockingbird", according to AP report.

"Hadestown," the musical about the underworld, got eight trophies Sunday, including a category for a woman director of a musical.

"Hadestown," Anais Mitchell's folk-opera that intertwines the myths of Orpheus and Eurydice, and Hades and Persephone, according to AP report.

Stephanie J. Block has won her first Tony Award for playing a legend - Cher. Block, who has had roles on "Homeland" and "Orange Is the New Black", is one of three actresses to play the title character in the musical "The Cher Show", according to AP report.

Santino Fontana won his first Tony Award as the cross-dressing lead in "Tootsie". Fontana, perhaps best known for his singing role as Hans in "Frozen," won in an adaptation of the 1982 Dustin Hoffman film about a struggling actor who impersonated a woman in order to improve his chances of getting a job, according to AP report.

However, Mendes did not attend Sunday's ceremony.

Mendes' previous Broadway work included "Cabaret", ''The Vertical Hour", "Gypsy", ''The Blue Room" and "Charlie and the Chocolate Factory". He founded the powerhouse Donmar Warehouse and won an Oscar for directing "American Beauty." Mendes is the director of the 007 sagas "Skyfall" and "Spectre", ''Road to Perdition", ''Jarhead" and "Away We Go", according to AP report.