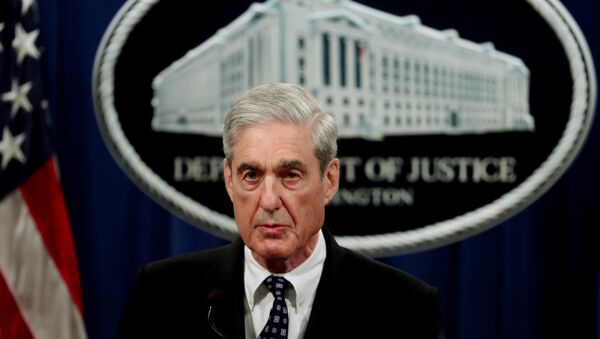 Kit Klarenberg
All materials
For some time prior to the 2016 US Presidential election, claims of deep and cohering clandestine ties between Donald Trump, his campaign team and the Russian state abounded. They've only risen in volume in the years since.

Central to the allegations was the close, long-running relationship between Trump’s campaign manager Paul Manafort and former Ukrainian President Viktor Yanukovych - at the time of his violent removal from office in February 2014, Manafort had been advising him on political strategy for almost 10 years - and his assistant Konstantin Kilimnik’s ongoing work on his behalf in the country.

Ever since, Kilimnik has been almost universally presented in the mainstream media as a Russian spy - anonymous sources told a number of outlets prior to the election he was known among Moscow political operatives as “Kostya, the guy from the GRU” - and a living indication, if not proof, of a sinister spectral relationship between the President and the Kremlin.

Such claims were seemingly vindicated by Special Counsel Robert Mueller’s ‘Trump-Russia’ investigation - having indicted Kilimnik 8th June 2018 for obstruction of justice and conspiracy to obstruct justice, the probe’s final report repeatedly referred to him as “tied to Russian intelligence”.

Trump on Manafort Case: Judge Loudly Stated There Was NO COLLUSION With Russia
However, bombshell internal FBI and State Department documents reviewed by journalist John Solomon now reveal Kilimnik was in fact a “sensitive” intelligence source for Washington from 2013 at least.

While still employed by Manafort’s firm, he would meet with high-ranking staff at the US Embassy in Kiev sometimes several times a week to covertly relay insider information on the Ukrainian government, regularly submit lengthy reports for US officials, and deliver back-channel messages to Ukrainian leaders in return.

In one memo, Alan Purcell, chief political officer at the Embassy 2014 - 2017, told investigators State Department officials deemed Kilimnik to be of such value they undertook an “unusual level of discretion” to protect him. For instance, his name was kept out of cables lest he and his covert role be compromised by leaks.

Purcell also said Kilimnik provided “detailed information” on the internal workings of Opposition Bloc, some of which was so valuable it was forwarded immediately to the ambassador.

Alexander Kasanof, Purcell’s predecessor, described Kasanof to agents “one of the only people” inside the Yanukovych government who was willing to talk to the Embassy, and a highly reliable informant, providing insider insight into the “inner workings” of the administration - he was also said to be significantly “less slanted” than “most sources of information in Ukraine”, which appears to be a euphemism for ‘critical of Russia’.

The pair would meet “at least bi-weekly and occasionally multiple times in the same week” outside the embassy to avoid detection, Kilimnik allowed to “take the lead on operational security” for their meetings - he enthusiastically provided real-time intelligence on all manner of issues, including who was in and out of favour in the government.

State officials moreover told the FBI that while Kilimnik had Ukrainian and Russian residences, he had no apparent allegiance to Moscow and was “flabbergasted” by the Crimean reunification. Such was the bond between Kilimnik and his handlers, he was permitted to visit the US twice in 2016 to meet with State Department officials.

Three sources with direct knowledge of the inner workings of Mueller’s probe have confirmed the Special Counsel team possessed all these memos and more not only long-before the probe concluded, but prior to Kilimnik being charged with attempted obstruction of the probe.

This naturally raises yet-further concerns about the credibility of the Mueller Report. It’s difficult to see for instance how the FBI assessed Kilimnik to have “ties to Russian intelligence” given what their sources relayed to them - also, that he was allowed to visit the US apparently unmolested is a clear indication he wasn’t listed in visa databases as a potential foreign intelligence threat.

Mueller Uses ‘Qualifying,’ ‘Sneaky’ Language to Allege Russia Behind DNC Hack
Furthermore, the emails seen by Solomon indicate Kilimnik delivered a plan for resolving the then-two-year-old conflict in Eastern Ukraine in May 2016 to the Barack Obama administration, on one of his State Department-sanctioned visits to Washington.

Over the course of the trip, he would meet Kasanof, who by then occupied a top policy position at the Department, for dinner - the day after, Kilimnik emailed his former handler’s official email address recounting the plan they’d discussed over their meal.

The missive sets out eight bullet points, starting with a ceasefire, the creatioeconomic recovery zones to rebuild war-torn Ukrainian regions, and a “Presidential decree on amnesty” for anyone involved in the conflict on both sides.

Kilimnik also provided yet further intel on the political situation in Ukraine, among other things noting Yanukovych’s Party of Regions “cannot be reincarnated”, and calling a local politician who wished to relaunch the movement as “stupid”.

In response, Kasanof thanked Kilimnik for the proposal and said he’d passed the email to superiors - which may have included Victoria Nuland, President Obama’s assistant secretary of State for European and Eurasian affairs - who were “chewing it over”.

This meeting and the resultant correspondence weren’t mentioned in the report - but Kilimnik’s August 2016 delivery of the same plan to Manafort in Trump Tower, New York is, and indeed flagged as potentially villainous.

There can surely be no ampler indication of the politically-motivated nature of the Special-Counsel probe. After all, the allegation Manafort had secret ties with the Russian state, with Kilimnik being just one example, was a key catalyst behind the investigation’s very launch.

Such suggestions were resoundingly rebutted over the course of the probe, when internal documents and the sworn testimony of several witnesses made clear Manafort’s purpose in Ukraine was to push President Yanukovych towards a west-leaning platform. Under the auspices of ‘Engage Ukraine’, Manafort sought to “[encourage] EU integration with Ukraine” so the country wouldn’t “fall to Russia,” and “reinforce key geopolitical messaging of how ‘Europe and the US should not risk losing Ukraine to Russia’ - and after the strategy was underway, Manafort stressed in private emails to colleagues, including Kilimnik, the importance of highlighting the “constant actions” taken by the Yanukovych government “to comply with Western demands” and “the changes made to comply with the EU Association Agreement”, which Moscow - and many in the country - opposed.

As Guardian’s Manafort-Assange Story Exposed as Fake, Ex-CIA Agent Blames Russia
These disclosures were largely ignored by the mainstream media at the time, perhaps predictably given the overwhelming majority of journalists were fully-ensconced in ‘RussiaGate’ hysteria - as of 10th June, Solomon’s shock article has likewise gone unreported elsewhere.

As with so many things ‘Trump-Russia’, these illuminating documents offer more questions than answers - for instance, what exactly were Manafort and Kilimnik really doing in Ukraine? To say the least, the revelations cast a very different light on news reports of his activities in Ukraine - for example, in August 2016, Politico published a lengthy article on Kilimnik, noting he continued to advise the Opposition Bloc even after the party stopped paying Manafort’s firm ,“leaving it unable to pay some of its employees and rent”.

While the piece’s strong implication is this enduring consultancy represented a potentially sinister connection between Trump’s then-campaign chair and the Russian state, based on the contents of the FBI memos, it now seems far more likely Kilimnik didn’t step away in order to continue providing intelligence to Washington.

Whatever the truth of the matter, Kilimnik undeniably represents yet another individual in the campaign’s wider milieu with ties to Western intelligence who proved very useful indeed to those seeking to perpetuate the notion of collusion between the Presidential candidate and the Kremlin. Joseph Mifsud, who seems to have literally vanished into thin air, is another. One can only wonder whether Mueller likewise suppressed inconvenient facts about the mysterious Maltese academic - if so why, and who benefits from such omission?