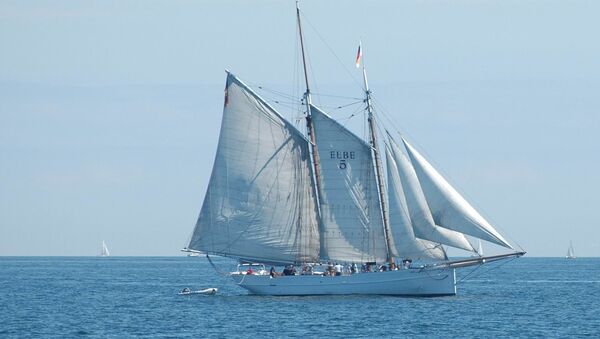 The 19th-century sailboat called NO 5 Elbe with dozens people aboard went down as it crashed with a container ship in Germany's major river.

The sailboat collided with a container ship in the Elbe river on Saturday, leaving at leas five people wounded, according to the German tabloid Bild.

According to the report, the boat drowned after the collision with the rescuers managing to rescue 43 passengers.

However, five people were reported to have been wounded during the operation, including one sustaining serious injuries and being rushed to the hospital.

According to media reports, the boat dubbed Elbe NO 5 Elbe was built in 1883.

The picture of the sunken vessel have been uploaded online.