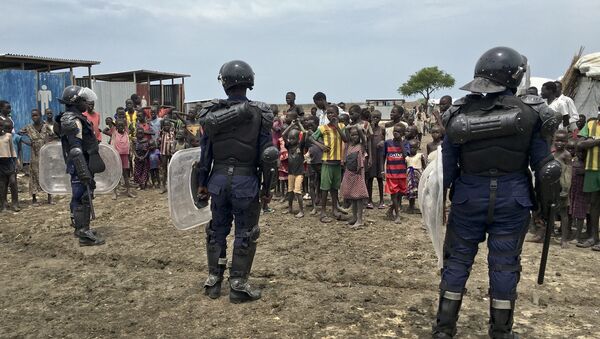 "[The sides] discussed the situation in the Republic of South Sudan focusing on the task of advancing the process of settlement of the internal conflict in this country [South Sudan]", the statement read.

Bogdanov and Gai also confirmed mutual willingness to expand interaction between Moscow and Juba at the United Nations and other international cooperation platforms.

The talks took place on the sidelines of the St. Petersburg International Economic Forum (SPIEF), which began on Thursday and will last through Saturday.

South Sudan gained independence from Sudan following a referendum in 2011, in which majority of the voters supported the move.

Aircraft Crashes Into Lake in South Sudan, Killing 21 (PHOTO)
The civil war erupted in South Sudan in 2013, just two years after the country gained independence from Sudan. It started when South Sudanese President Salva Kiir accused former Vice-President Riek Machar and several others of planning a coup leading to an armed confrontation between the SPLM-IO, led by Machar, the government and other rebel groups.

Several peace deals were reached throughout the conflict but none of them helped put an end to the hostilities, with the NAS {National Salvation Front]}, formed in 2017, continuing to fight government forces, mostly in Yei River state.