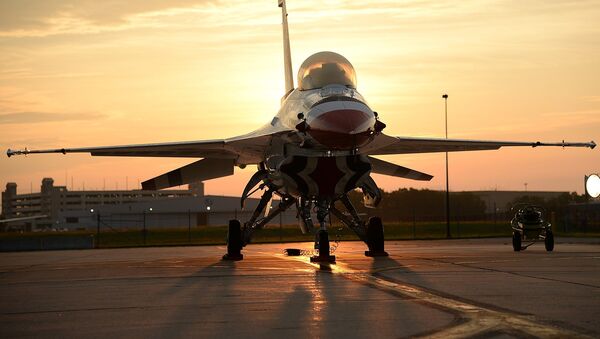 Volen Siderov, chairman of the nationalist party “Attack”, accused Bulgarian Defence Minister Krasimir Karakachanov of having agreed to buy “imposed” F-16s, the cost of which is constantly increasing. He stated that the US could have provided aircraft to Bulgaria for free.

"I suggested that the Americans would give us aircraft for free, just as we have been providing four military bases to them for free for 13 years. They should be good partners, colleagues and brothers in arms", Siderov said on national-wide broadcasting television channel bTV.

This is not the first time that the party leader says that the United States could have donated fighter jets to Bulgaria.

"If we need F-16s, then let the USA give them to us as a sign of strong friendship", he said in March.

The politician also cited the examples of Egypt and Indonesia, who received aircraft for free.

"But no, Bulgaria will pay 3 billion (leva) (around 1.7 billion US dollars)", Siderov said.

Bulgarian Politician Calls American F-16 'Most Expensive Vacuum Cleaner'
Earlier, chairman of the Alternative for Bulgarian Revival, Rumen Petkov, also sharply criticised the decision to purchase American fighters. The leader of the party compared the aircraft with "vacuum cleaners" and called their cost "outrageous", reiterating that the F-16s would not be able to meet the demands of the Bulgarian Air Force.

On 3 June, the US approved the delivery of its fighters to Bulgaria. The indicated price is about 1.7 billion dollars (more than 2.9 billion leva). Bulgarian Defence Minister Krasimir Karakachanov explained that this figure is the ceiling price, and in fact, it will be lower.

According to the minister, a reasonable price for Bulgaria would be no more than two billion leva (about $ 1.1 billion US dollars). However, an expert from the specialised journal "AERO", Krassimir Grozev, in a commentary for Bulgarian National Radio expressed doubt that at such a cost, Bulgaria would be able to buy the necessary equipment indicated in the US notice.

Washington will need to provide Sofia with a draft agreement within two weeks.